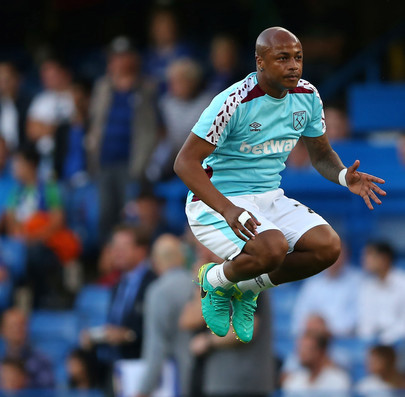 West Ham United record signing Andre Ayew had a nightmarish debut when he limped off before half time in the Premier League opener at Chelsea with an injury.

The 26-year-old appeared to have sprained a muscle in his right thigh and was replaced by Gokhan Tore in the 34th minute.

The Ghana international will undergo tests on Tuesday to ascertain the extent of his injury.

34: SUB: @AyewAndre has suffered an injury to his right leg. He is replaced by former Chelsea youngster @Gokhan_Tore7 [0-0] #CHEWHU ⚒