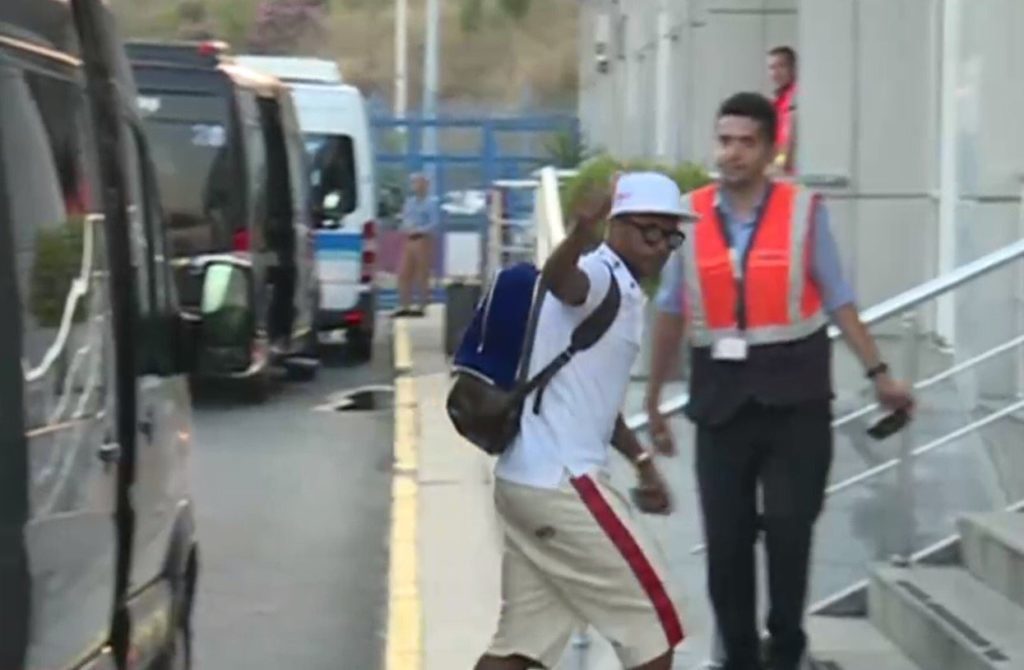 Andre Ayew waves to the fans as he arrived in Istanbul

Ghanaian striker Andre Ayew will undergo a medical in the Turkish capital of Istanbul on Friday morning before sealing his move to giants Fenerbahce.

The 28-year-old has agreed a season-long loan from Swansea Cit o the Turkish giants.

He arrived in Istanbul on Thursday night to seal the switch bit will have to undergo a medical before the deal is signed.

He will visit a famous hospital in the capital on Friday morning before signimg the deal.

Fenerbahce have the option of signing the Ghana international on a permanent deal after the loan.

The 28-year-old rejoined Swansea in January after two seasons at West Ham, but was unable to help his team avoid relegation to the Championship, as he failed to score on his return to Wales.

The striker, son of the three-time African Footballer of the Year Abedi Pele, left Swanseas pre-season tour in Germany and Austria to complete a medical in Istanbul.

The Ghanaian, one of Swanseas highest earners, was expected to leave the Welsh club following their relegation from the Premier League.