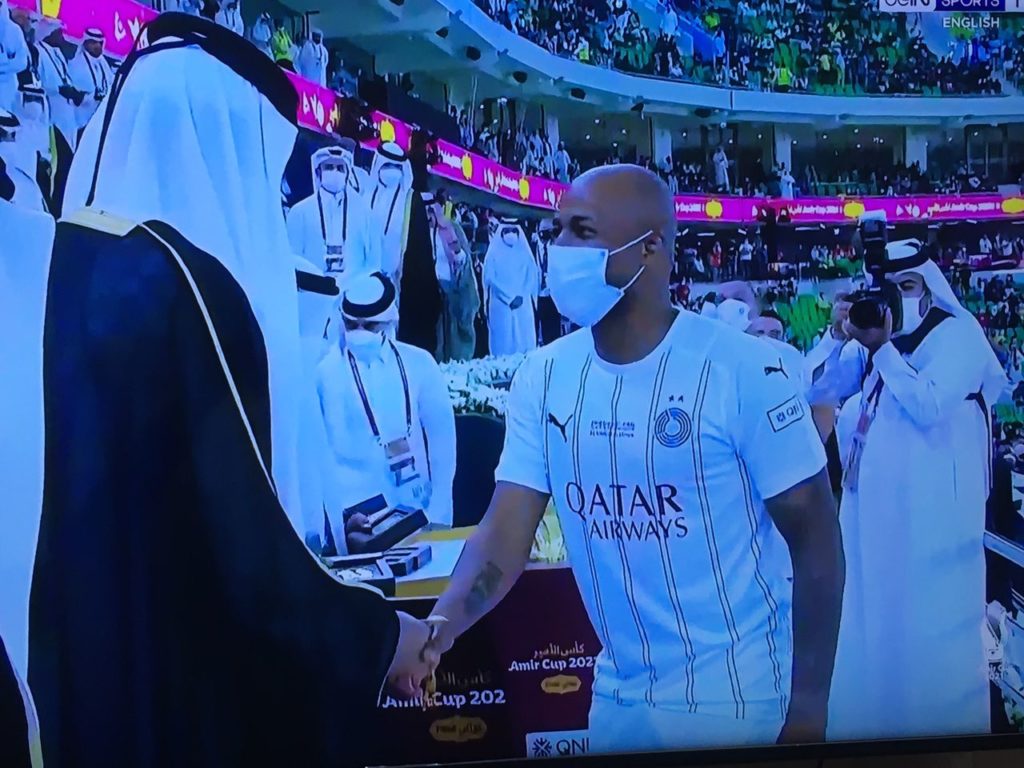 Ghana captain Andre Ayew on Friday won his first trophy in Qatar after helping Al Sadd secure victory in the final of the Emir Cup.

Al Sadd needed penalties to win the trophy for the 18th time at the expense of Al-Rayyan at Al Thumama Stadium in Doha.

Al Sadd won 5-4 in the shootout after Santi Carzola cancelled out Yacine Brahimi's lead for Al-Rayyan.

Ayew who has been in terrific goal scoring form for the Qatari giants since his summer move was withdrawn in the 80th minute.

The forward was eager to score in the high profile match and came close a couple of times.

Algerian Brahimi ensured that Al-Rayyan headed into halftime break with their tails up after converting a penalty in the 44th minute.

However, 13 minutes after recess Al Sadd were awarded their own penalty and former Arsenal man Santi Carzola converted expertly to level the scoring.

Neither side could find the winner with centre back Shojae Khalilzadeh's miss in the shootout being the difference as Al Sadd were crowned champions again.

Ayew was very happy and celebrated with his teammates. He will hope to win more in Qatar following his surprising decision to leave Europe.

He has scored five goals.