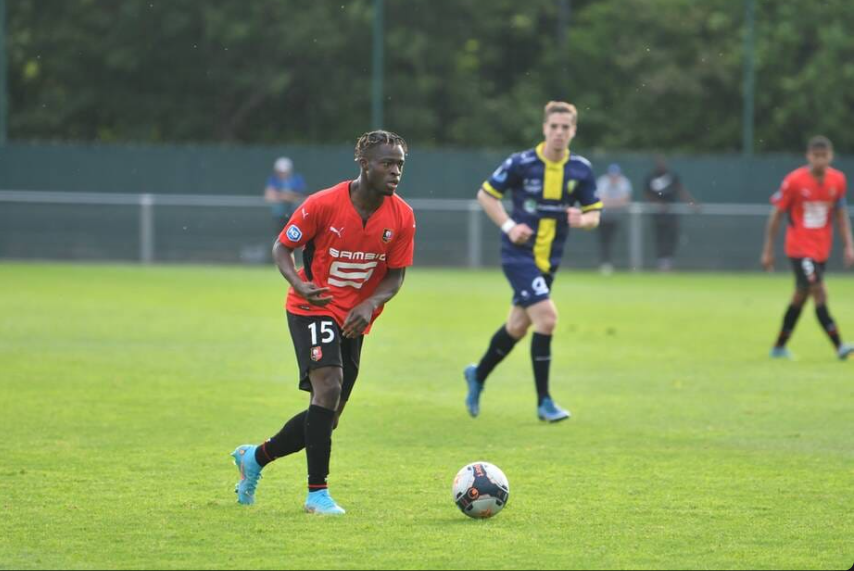 Ghanaian youngster Kamaldeen Sulemana was in action for the Rennes reserve team in their 3-1 win against Dinan-Leone on Saturday.

The 19-year-old returned to the field following a back injury which ruled him out of action since mid-February.

The former Nordsjaelland forward missed Ghana's crucial World Cup qualifier against Nigeria as a result of the injury.

Kamaldeen Sulemana has been yearning to make a quick injury return and finally made an appearance for the Rennes reserve team.

The Ghana international played a huge role in the game as Rennes inflicted a 3-1 win against their opponent.

His return comes as a huge boost for the Black Stars ahead of the 2023 Africa Cup of Nations qualifiers next month.

Ghana will play host to Madagascar on June 1 before traveling to Central Africa Republic for their second game in Group E.

Kamaldeen Sulemana is hoping to regain his fitness in order to feature in Rennes last game of the season in the French Ligue.

The former Right to Dream Academy graduate has made 20 appearance and scored four goals in his first season with the French club.