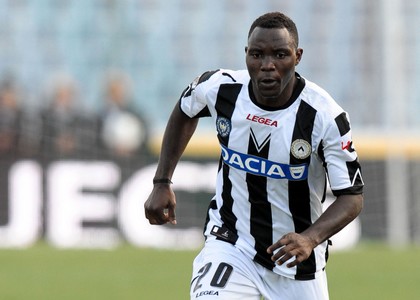 Ghana midfielder Kwadwo Asamoah is edging closer to Udinese return, according to reports.

Asamoah, 32, has been without a club since leaving Inter last October.

He could end up with a return to Dacia Arena, as Tuttosport claims the Friuli are close to signing a deal with the former Ghana international.

Asamoah joined Udinese from AC Bellinzona in July 2008 and spent four seasons in Udine before he moved to Juventus in July 2012.

He then moved on a free transfer to Inter in July 2018 and has collected a total of 270 appearances in Serie A.

Asamoah was released by Inter last summer and has been without a club since, but Tuttosport reveals a return to Udinese is an option for the 32-year-old.

He played 134 games, contributing eight goals and nine assists, during his spell with the Friuli.