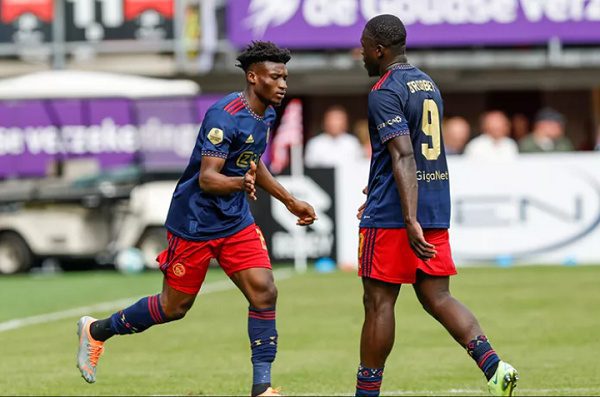 Ghana midfielder Mohammed Kudus said his competition with Brian Brobbey at Ajax is to make each other better.

They are competing for the centre forward spot in Alfred Schreuder's team, but they have both delivered impressive performances when called upon.

Schreuder prefers Kudus as a false nine rather than in midfield, and the Ghanaian has 10 goals in all competitions this season, compared to Brobbey's eight goals.

Speaking after Ajax's 3-1 Champions League win over Rangers in which he scored and assisted, Kudus said, “You want to play every single game but Brobbey got the chance too and he was scoring and doing well too.

“He is my guy and I am happy for him but at the same time we have a healthy competition which is to push each other to do the best for the team.

Brobbey was born in the Netherlands and is of Ghanaian descent. He plays for the European country.