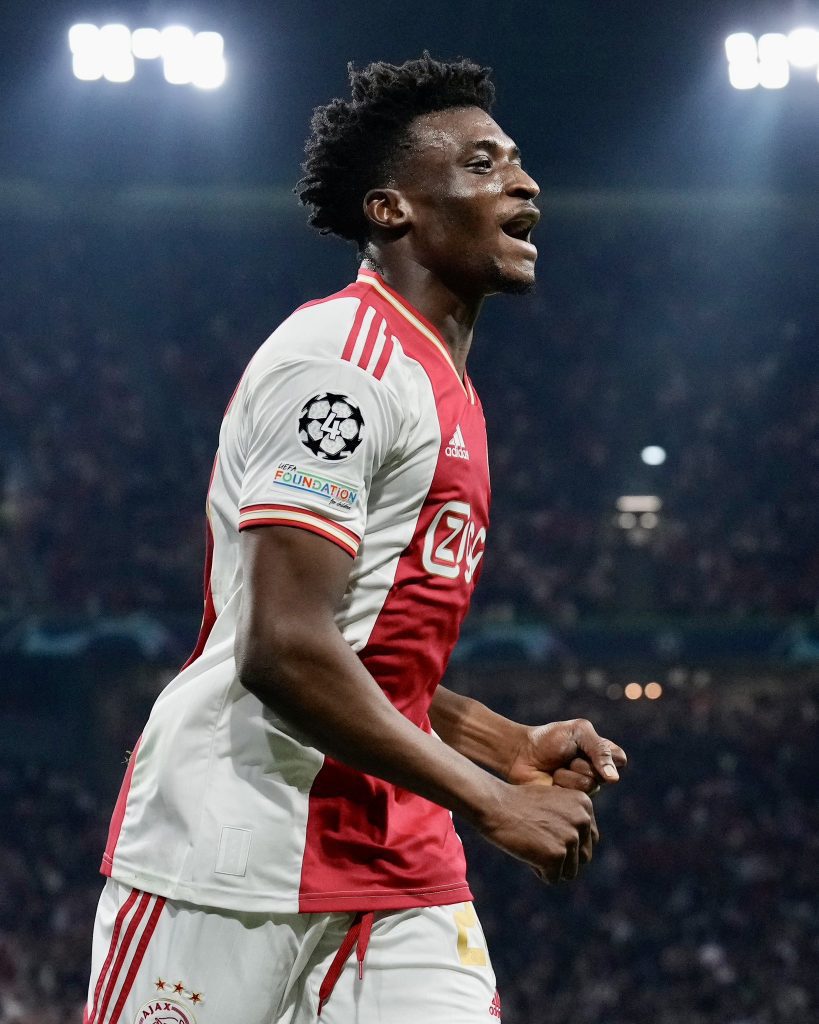 Ghana superstar Mohammed Kudus can't stop scoring in the UEFA Champions League after getting on the scoresheet again for Ajax against SSC Napoli on Tuesday night.

The 22-year-old attacking midfielder who plays as a false nine presently netted his 3rd goal in his 3rd match in the Champions League this campaign.

Kudus has now scored 7 goals in his last 7 appearances in all competitions as he scored the opening goal of the match at the Johan Cruijff Arena.

VIDEO: Mohammed #Kudus goal for #Ajax in the #UCL match against #Napoli . Its his second goal of the competition this season👇pic.twitter.com/wDKr0CHTLh

Napoli responded swiftly as they got the equaliser through Giacomo Raspadori nine minutes later with a header.

Kudus got his very first European goal in the opening group game against Scottish giants Rangers FC when Ajax won 4-0 in the end.

The Ghanaian was named man of the match in that match after setting up another goal.

Kudus scored again in Ajax's 2-1 defeat to Liverpool at Anfield.