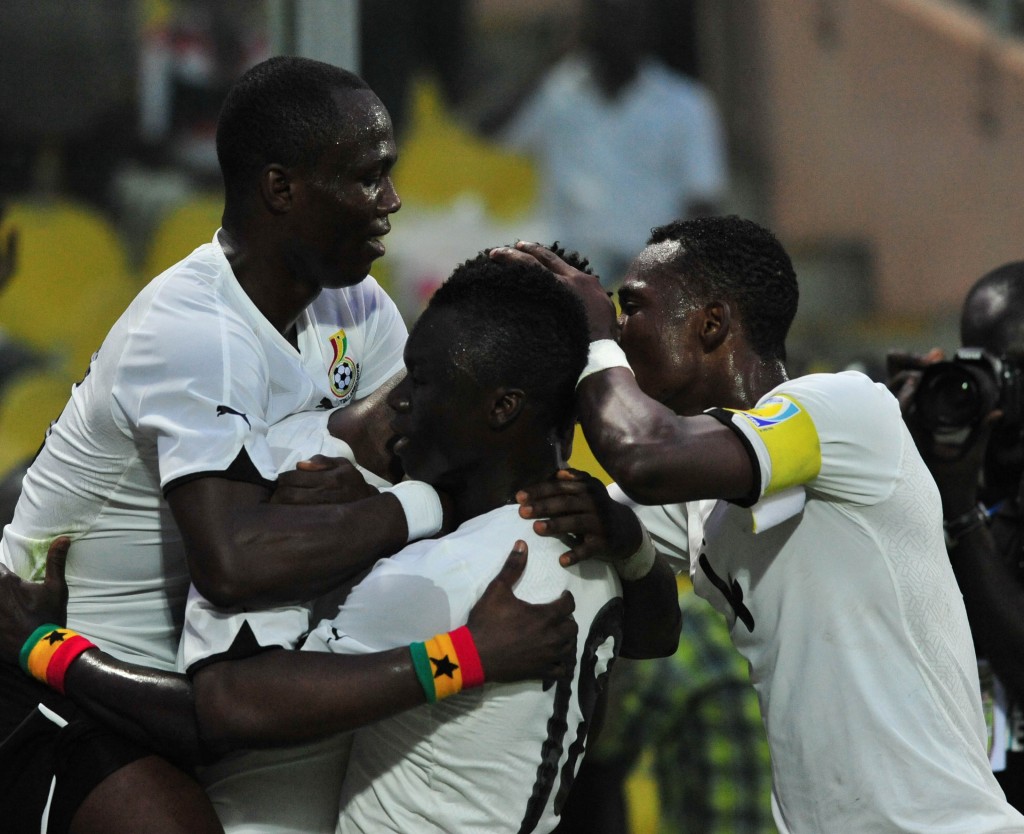 Ghana struggled to sweep aside a plucky Swaziland side 2-0 at the Accra Sports Stadium on Friday night in the penultimate Group I Nations Cup qualifier.

The 2010 World Cup quarter-finalists were quick to come out of their blocks and Asamoah Gyan headed in Dominic Adiyiah's cross on ten minutes.

The result means Ghana will stay top of the tight group with 13 points.

Sudan who travel to Congo on Sunday must win keep the pressure on the Black Stars.

Kaysarika forward Adiyiah blossomed in his new role as a right winger and raided the flanks of the Swazis.

The 2009 Fifa World Youth best player was put through by Derek Boateng and he glided in the cross which met the head of Sunderland forward Gyan inside the box.

The match failed to live up to expectations as the Swazis failed to threaten the goal area of the Black Stars. On 27 minutes,Â  Swaziland weathered the early onslaught pretty well and are began to force the Ghanaians into rushing the ball.

Ten minutes later, Gyan was stretched off the pitch after trying to wriggle his way past two markers inside the Swaziland box.

Prince Tagoe replaced and his missed an opportunity to increse the tally on the stroke of half-time. He shot straight at the arms of Swazi goalkeeper Sandile Lawrence.

The second half saw an improved display and Kwadwo Asamoah took the place of struggling Sulley Muntari.

After 71 minutes, Tagoe scored but his goal was flagged offisde.

Ghana wastes yet another glorious opportunity, Adiyiah unable to control a vital pass

Andre Ayew is substituted by Samuel Inkoom on the 75th minute mark.

Pressure was put on Vorsah r in a deserved corner kick to Swaziland but that was cleared and the Black Stars moved into a counter with Adiyiah making the run.

He tees up Tagoe who traps the ball back and finds Emmanuel Agyemang-Badu and he fires from 20-yards for the second goal.

Kwadwo Asamoah sparks and wins the crowd with his footworks but his final shot is feeble .

The Udinese man went to hit the cross-bar after beating two markers close to the 18-yard box.

Ghana will now regroup for an international friendly against Brazil at Craven Cottage.