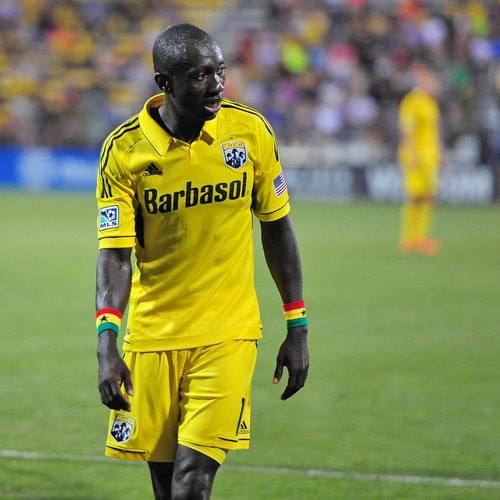 The transfer will see Spanish winger Alvaro Rey move the other way.

â€œTo my new team, Toronto hope to help the team move forward. Thanks for everyones love and support,â€ the Ghanaian tweeted Friday.

Another tweet read: â€œWanna thank the Crew organization for the opportunity they gave me to play for them. It was blast but in the end guess it didnâ€™t work out.â€

He is goalless in 11 games (six starts) this season.

Prior to Columbus, Oduro had played for Chicago, Dallas, Houston and New York.

â€œDominic is a player that we have had our eye on for quite some time, and we are pleased to finalize this deal and bring him to Toronto FC,â€ said team general manager Tim Bezbatchenko in a statement.

â€œHe is a player that has a tremendous amount of speed, and adds a lot to a teamâ€™s attack.

â€œWeâ€™d also like to thank Alvaro for his contributions to Toronto FC and wish him well in his future endeavours.â€