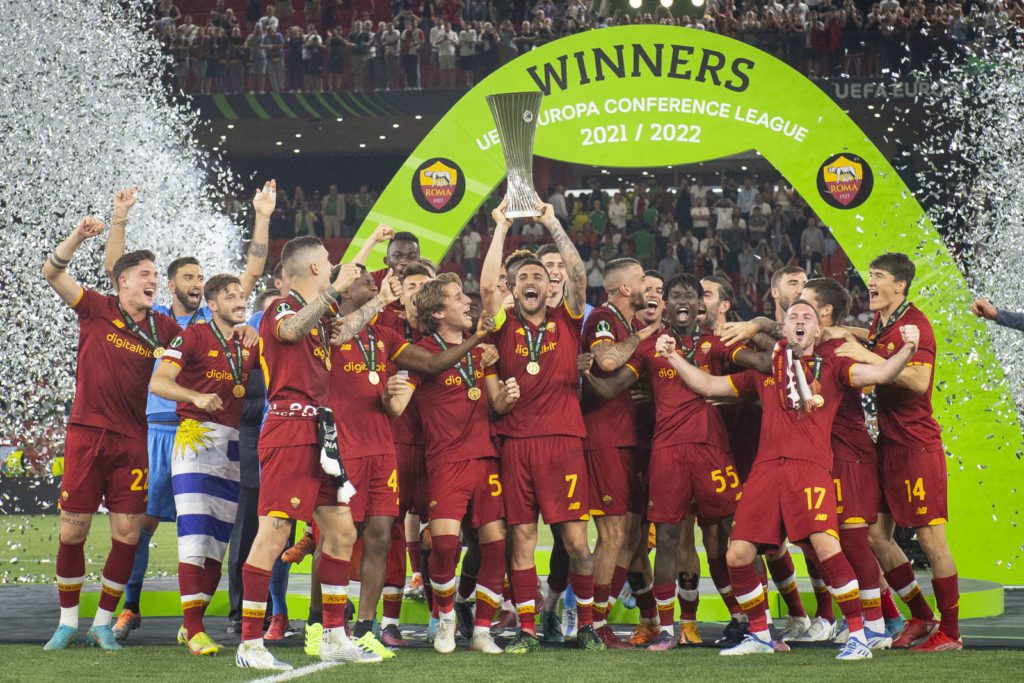 Ghana striker Felix Afena-Gyan finished his first season as a first-team player on a high note, winning his first major trophy as AS Roma emerged champions of the inaugural Conference League.

Roma clinched the trophy following a 1-0 win over Dutch side Feyenoord.

Jose Mourinho's first season in charge of the Italians ended with a trophy after Nicolo Zaniolo intercepted Gianluca Mancini's lofted pass and beat goalkeeper Justin Bijlow with a clever flick.

Mourinho is the first manager in history to win all three major European trophies: the Champions League, Europa League, and Uefa Cup.

Afena-Gyan, 19, was benched for the final on Wednesday evening in Albania.

This is an incredible achievement considering the young striker was only a year ago playing youth football in Ghana.

After impressing on trial, he was signed to a professional contract with The Yellow-Reds in March of last year and assigned to the club's youth ranks for development.

He excelled and it was no surprise that he was offered opportunities to train with the senior squad on occasion. He went on to make his professional debut in a Serie A match against Cagliari last October.

And, despite a lack of playing opportunities, he has never looked back after scoring a magnificent double against Genoa a month later in what was only his third game.

In March, he made another significant career step by making his international debut as Ghana edged Nigeria to World Cup qualification, and now the teenager is set to cap off an incredible first season with European gold in Qatar.