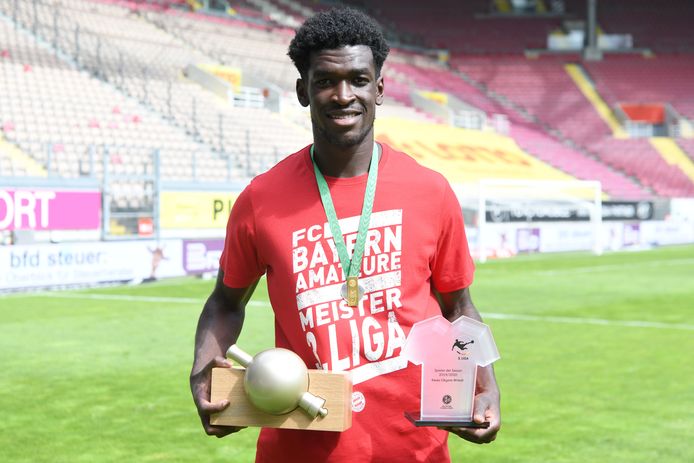 The 25-year-old watched the final match of the season of the German third tier match from the stands because he was prevented by his new Dutch top-flight side Willem II.

Wriedt (25) and his Ghanaian colleague Köhn (21) were not allowed to play for the team in the last two league games, because Willem II and Bayern Munich could not agree a deal for them to play.

As of July 1, the pair are under contract with the Tilburg club, but the German Rekordmeister did not want to provide financial guarantees in the event that either player sustained a long-term injury in the final matches of the competition.

The striker and the defender watched from the stands on Saturday as their teammates lost 1-0 at Kaiserslautern.

But because the two closest pursuers also lost points, the title went to Bayern Munich II. That team is not allowed to be promoted. A second team of a professional club may not play in the two highest leagues in Germany.