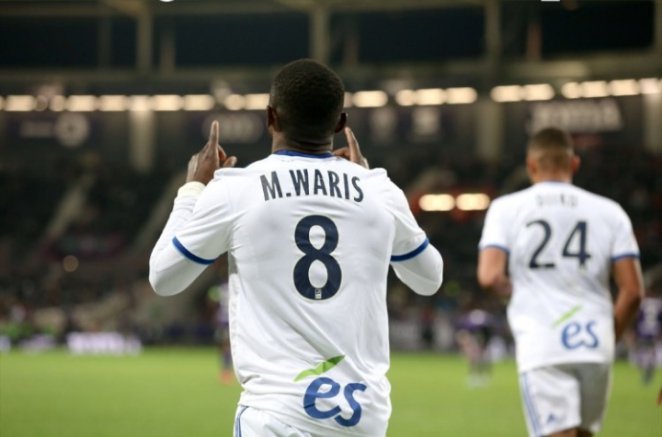 Ghana striker Majeed Waris picked an assist as Strasbourg held Olympique Lyon to a 1-1 draw in the French Ligue 1 on Sunday.

Waris appeared to have sparked Strasbourg since joining the club on loan from Portuguese giants FC Porto in the winter transfer window.

The Ghana international has helped Le Racing collect three wins, two losses and two draws since marking his debut in the 3-1 victory over AS Monaco on January 25.

He has tallied two goals during that fantastic period for the club.

The 27-year-old marked another distinctive outing for the side when they played as guests to Olympique Lyon at the Parc Olympique Lyonnaise.

But Strasbourg fought back to gain a point from the match in the 42nd minute after Waris laid on a killer pass to Kevin Zohi to finish off a magnificent move.

Waris was replaced with South African star Lebo Mothiba in the 82nd minute of the match.