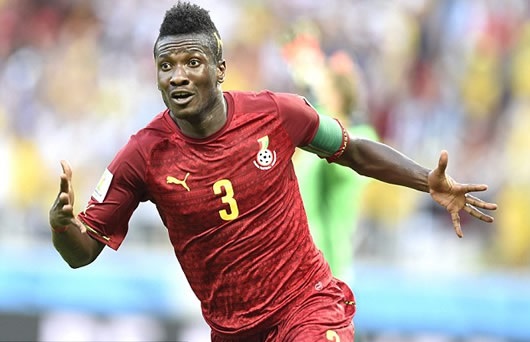 Ghana captain Asamoah Gyan says he is a victim of bad pitches at the 2017 Africa Cup of Nations after admitting he is a doubt for the quarter-finals following his injury as he came off injured against Egypt on Wednesday.

According to Ghana's all time leading scorer at the Afcon, the dreadful nature of the pitches have resulted in many injuries.

Gyan described himself as a "victim" of a dreadful playing surface that has already come in for widespread criticism.

He added: "I felt a stretch in my adductor, so I don't know the extent of the injury.

Gyan was making his 99th international appearance and was looking to score his 50th goal for his country, but he went down with a groin injury towards the end of the first half and eventually came off.

Jordan Ayew replaced him as Ghana lost the Group D game in Port-Gentil 1-0.

The Black Stars, runners-up in 2015, will face DR Congo in the quarterfinals in Oyem on Sunday.