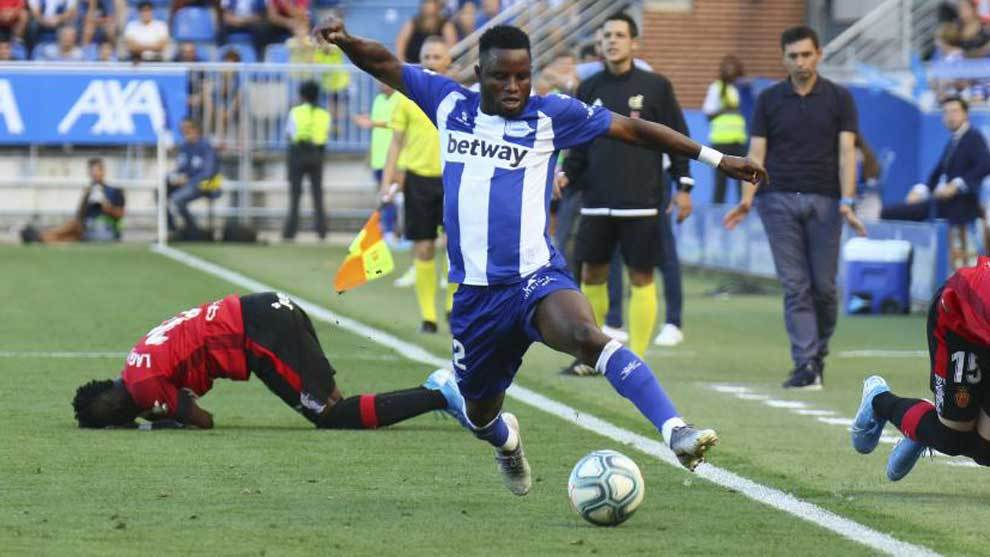 The 30-year-old travelled from Spain to the Asian country on Saturday night to seal the deal ahead of the start of the new term.

The Alaves player has already agreed his departure from the Spanish LaLiga side after negotiations between the two parties.

He will undergo a medical in China on Sunday before completing the move that would quadruple his wages.

With six months left on his contract and his decision not to extend his stay, Alaves have decided to allow him to cash in before Wakaso leaves for free in June when the contract expires.

"Deportivo Alavés wants to thank Wakaso Mubarak for his professionalism and dedication during this time and wishes him the best of luck in his new stage," Alaves said in a statement on Saturday night.

The Ghana international midfielder arrived at Mendizorrotza in the summer of 2017 and after making the desired impact in his first two seasons, he has become a key player in the squad.

He is the most carded player of the LaLiga this season with eleven yellow cards,  twice in one game which resulted in his expulsion in the Granada game.