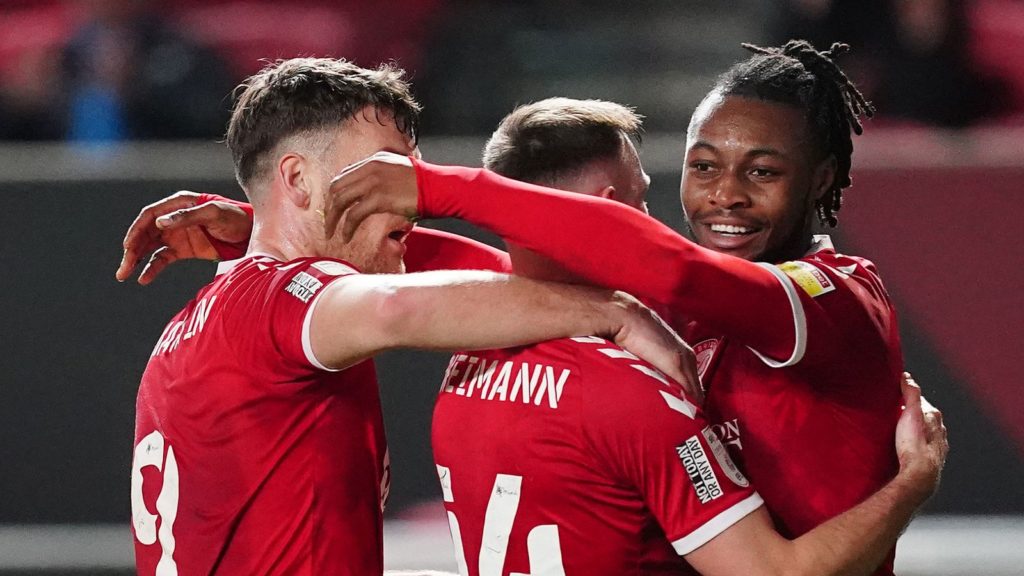 English-born Ghanaian forward Antoine Semenyo scored and registered an assist for Bristol City in their 2-1 win against Reading in the English Championship on Wednesday.

The 22-year-old has been in top form for the Championship side in the ongoing campaign.

Antoine Semenyo fired his side in front from Andreas Weimann's pass after 44 minutes.

Bristol City went into the break leading the tie courtesy a goal from Semenyo.

The English-born of Ghanaian descent was also involved in the second goal which was scored by Reading's Michael Morrison when he turned in a low cross to his own goal.

Reading gave themselves hope in the 74th minute when Tom Ince was brought down by Timm Klose and substitute John Swift rifled home the penalty.

Ghanaian duo Baba Rahman and Andy Yiadom were both in action for Reading.

Antoine Semenyo has scored five goals in 17 appearances for Bristol City this season.

The 22-year-old forward was born in Chelsea, England, but has not played for England at any level yet.

He has been in imperious form for Bristol City in the Championship this season and has 10 goal contributions thus far.

According to reports the player has expressed readiness to play for Ghana and nationality switch process has started. GFA wants him available for the World Cup play-offs.