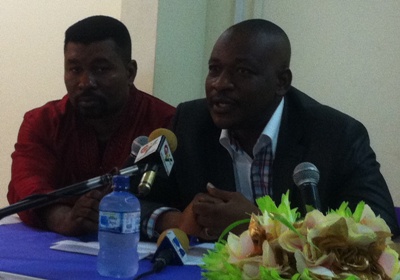 A charity tournament aimed at promoting peace and boosting agriculture in Africa is to be organized in Ghana.

The initiative being organized by theÂ OrganisationÂ for African Development (OAD) will kick off in Accra on May 26.

The tournament will be played across a period of five weeks at three different venues in order to accommodate the five categories it is divided into.

1. Political Organisations - where political parties recognized by the Electoral Commission of Ghana will play games against each other and will later assemble a joint team to battle the Black Stars.

2. Regional - where teams will be raised from the ten regions of Ghana to battle each other.

3. Women - where women from diverse backgrounds such as farmers, traders,Â politicians and from the corporate environment come together to compete.

4.Â Â Children - here, 16 teams from various orphanages will be raised to compete against each other.

5. Amputee â€“ where the national amputee team of Ghana will come up against their Liberian counterparts.

President of OAD, Bonaventure Aguissi says the initiative comes at an opportune time especially with Ghana heading to the polls in December.

â€œYou know we are in an election year where tempers will be flying high,â€ he said at a media soiree.

â€œTherefore you and I need to do something to cool things down and football is one powerful tool by which we can achieve this.â€

The tournament endorsed by various international organizations will have Italian great Roberto Baggio in attendance as a special envoy.

Special awards will be given to the two former presidents of Ghana; Jerry John Rawlings and John Kuffour for presiding over successful political transitions.

Also, awards will be handed to various political and traditional and opinion leaders of the land.