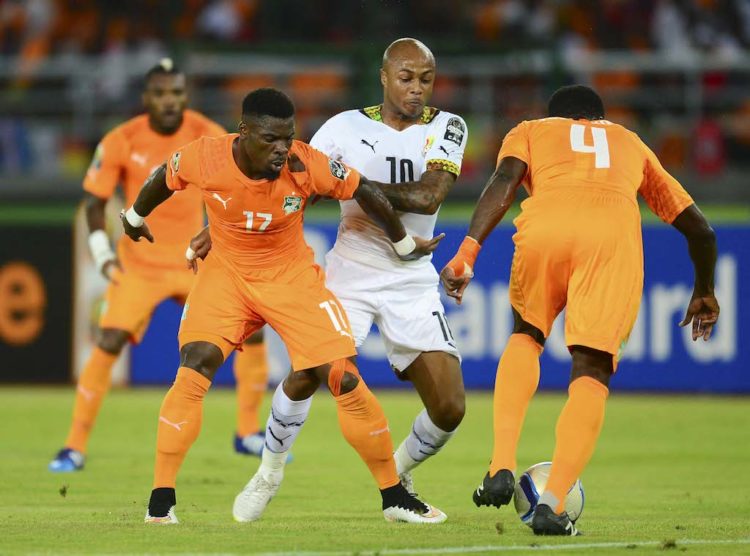 The Black Stars of Ghana will host neighbours and footballing rivals Ivory Coast on Saturday in Cape Coast in a friendly encounter.

The two country have a rich football history that dates back to the sixties, but in recent times, games between the two teams have moved from just friendly encounters to serious rivalry.

The Black Stars have lost twice in the finals of a nations cup to an Ivorian team, first in 1992 and recently in 2015, both in heartbreaking circumstances following a penalty shootouts defeats.

However, the game on Saturday is expected to rekindle competition amongst two of West Africa's leading football talents producers.

Ghana has played the Ivory Coast 42 times, with the Elephants having the edge over their neighbours, having won 16 times and drawn 11 games. They've lost 15 times to the Black Stars.

The last time the two sides met in a tournament was at the Africa Cup of Nations in Equatorial Guinea, with the Black Stars losing on penalties in the finals of the competition.

Both sides head into Saturday's encounter with fresh breed of talents, as Ghana look to have found the future in Mohammed Kudus and the Ivorians counting on Manchester United youngster Amad Diallo. The two players were named in CAF's best U-20 eleven in the year 2020.

The Black Stars don't only have a score to settle with the 2015 champions but would have a whole nation to convince after the defeat to Morocco last Tuesday.