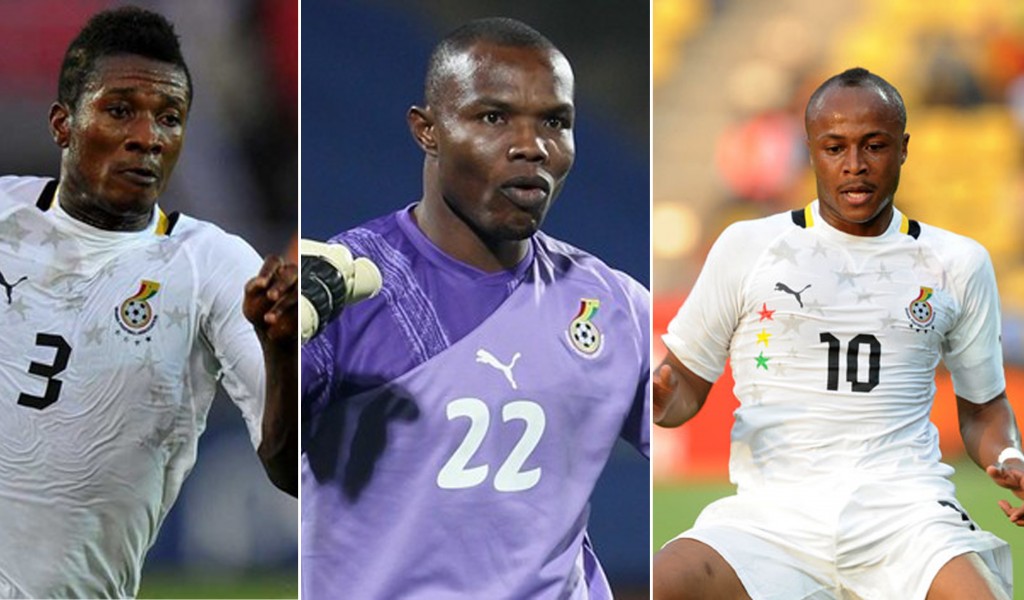 Ghana trio Asamoah Gyan, Andre Ayew and Richard Kingson are in neck to neck race to be crowned as the Most Outstanding Black Stars Player.

The three players will battle for the honour at the maiden Shield National Player Awards, meant to honour past and present generation of footballers for their enormous contribution to the game over the years.

Gyan, who has called temporal time on his international career, has been one of the Black Stars best performers at the international stage.

He played an instrumental role for the West African giants as they grabbed silver at the 2010 African Cup of Nations held in Angola.

The 26-year-old also featured prominently and scored important goals for the country during the qualifiers for the 2012 African Cup of Nations as well as playing an active part for the team as they placed fourth at the biannual soccer showpiece in Gabon and Equatorial.

He is the countryâ€™s highest goal scorer with 28 goals in 58 matches at the senior level.

Ayew, on the other hand has transformed tremendously since he burst onto the scene in 2008.

The second son of Ghana legend Abedi Pele has put up eye-catching and inspirational performances that saw the Black Stars reached the quarter-final stage of the 2010 Fifa World Cup in South Africa.

Richard Kingson is the longest- serving glovesman for the Black Stars with an incredible 90 caps to his name.

The 34-year-old former Birmingham City, Wigan Athletic and Blackpool shot-stopper captained the Black Stars to win silver at the 2010 African Cup of Nations.

He has been hugely praised for his work ethics and commitments to the national course spanning over a decade.

The three players will battle for the top most award at the ceremony expected to take place at the State Banquet Hall on June 22 in Ghanaâ€™s capital, Accra.