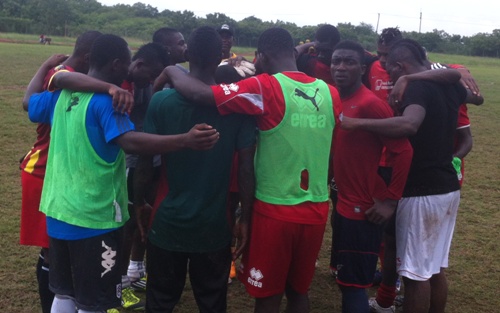 The justify-your-inclusion exercise of foreign players for the Ghana U-20 team has been extended by two days.

The extension of the exercise which was originally to last for three days is to afford the technical team more time to properly assess the players and will now end on Friday.

â€œWe have extended the exercise by two days meaning we will now end on Friday,â€ Coach of the side Orlando Wellington said.

â€œSome of the players came in late and we wanted to take a lot at all the players we invited hence the extension.â€

The exercise which is taking place at the Legon Presec Park is aimed at giving the Black Satellitesâ€™ technical team a rare opportunity to closely work with the players who are predominantly based in Europe.

Nineteen players were invited out of which some will be will be selected to augment the local sect ahead of the African Youth Championship qualifier against Uganda next month.

The team is determined to reclaim its lost glory after claiming an historic World Cup three years ago in Egypt.