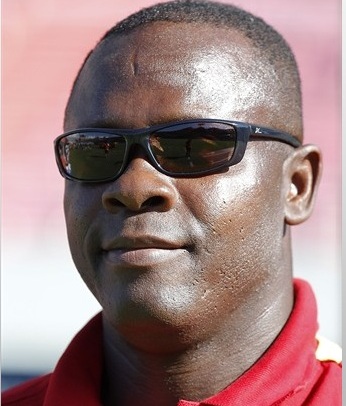 Ghana U-20 womenâ€™s team coach Robert Sackey says he is only concentrated on re-instilling confidence in his side rather than ponder over his resignation.

Sackey led the Black Princesses to their worst ever World Cup campaign in Japan where they failed to win a game, score a goal and conceded six goals to make a first round exit.

The poor run has seen some sections of the Ghanaian public call on the immediate dismissal of the then US-based trainer.

Sackey who claims has not been paid for 10-months however says his only priority now is to psych up his team and not wasting sleep on whether to remain in the job.

â€œIn terms of whether I want to resign or not I donâ€™t think that is a question that a coach can answer right after a match,â€ he told Accra-based Radio Gold.

â€œYou have players that are not feeling so good about the result and you have to go out there and make sure everything is OK and think about the rest later.â€

The team making their second consecutive appearance at the finals ended last in Group D which had giants USA, Germany and China as the other members.