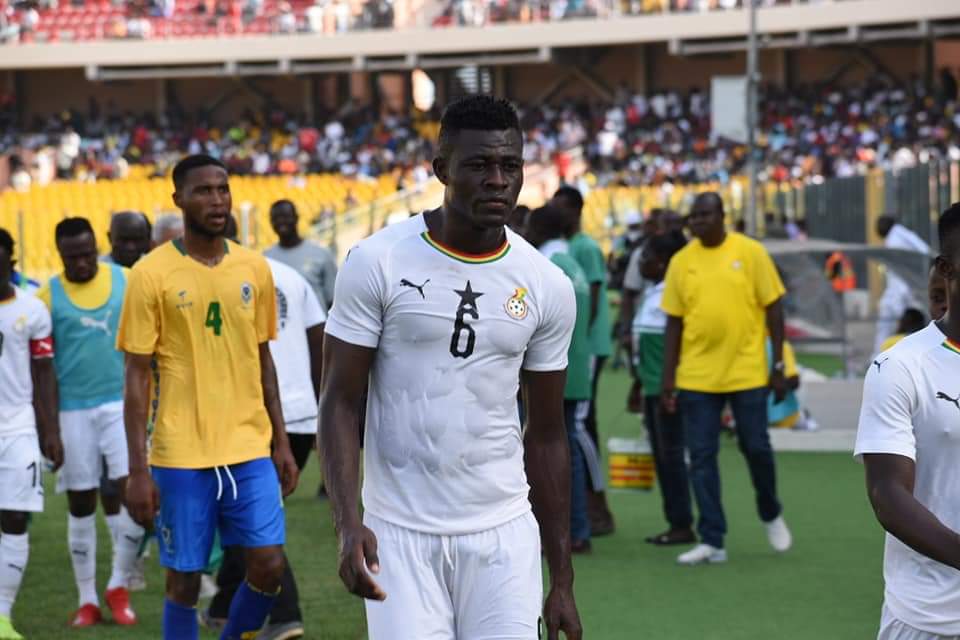 The Black Meteors will miss key midfielder Simon Zibo in the first leg of the final round of qualifiers for the AFCON U-23 against Algeria in June.

Simon Zibo was shown the marching orders in the 70th minute the Ghana's goalless with Gabon in Libreville on Tuesday.

The Liberty Professionals player has been key to coach Ibrahim Tanko's side but the gaffer will have to find replacement for Zibo ahead of the Algeria game.

IK Star midfielder Isaac Twum could seize the opportunity after being relegated to the bench in the team's games against Gabon.

Ghana will host Algeria on June 2nd after progressing to the final round of qualifiers with a 4-0 aggregate scoreline.

A two legged victory over Algeria will see Ghana qualify for the first time for the Africa U-23 Nations Cup to be hosted in Egypt later this year.

The AFCON U-23 will serve as the qualifiers for the Olympic Games in Tokyo next year.