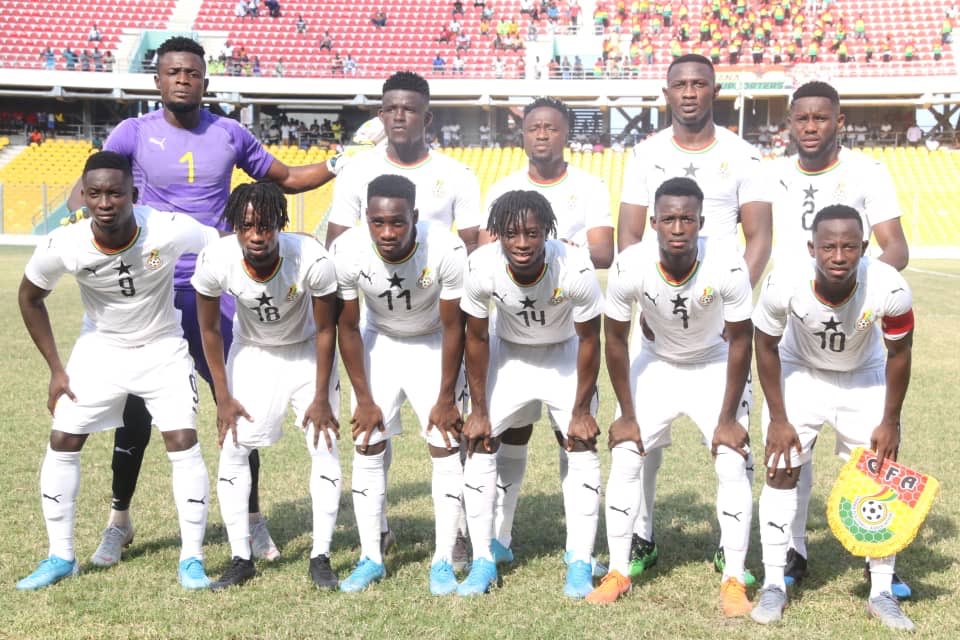 Ghana U23 starting XI against Algeria at home

Black Meteors coach Ibrahim Tanko has revealed the tactical masterstroke which stymied Algeria for Tuesday's 1-0 win to qualify for the 2019 CAF U23 Cup of Nations.

Ghana made amends from a poor first leg display at home last Friday where they rallied to earn a 1-1 draw.

Tanko tweaked his starting XI and introduced Asante Kotoko centre back Habib Mohammed and Michael Agberkornu and that made a huge difference in shutting out Les Verts.

The ex-Borussia Dortmund striker told GHANASoccernet.com:  ''We made two changes in today's game because looking at the first leg, we saw that especially in the first half our midfield was poor so we decided to play with two holding midfielders today- [Isaac] Twum and Michael [Abgerkornu].

''Michael did very well in the first half, but unfortunately we had to change him because he had a yellow card and we don't want to play with one less especially with this game.

''So looking at the score line we had to risk a little bit so we brought in Osman Bukari who's more offensive and then we drew Yaw Yeboah back to play with Twum so this changes gave us more options up front.''

Tanko insists his team scored not against the run of play, but through a worked out plan.

''So when you look at the goal Yaw Yeboah scored, it's also part of the tactical plan change we did because we put Isaac Twum in front of the back four and gave Yaw the free role that he can move everywhere,'' he added.

''He took the ball from the midfield and went through the defence to score a very good goal for us.''

Ghana will be playing a first appearance in the tournament after missing out in Morocco 2011 and Senegal 2015.