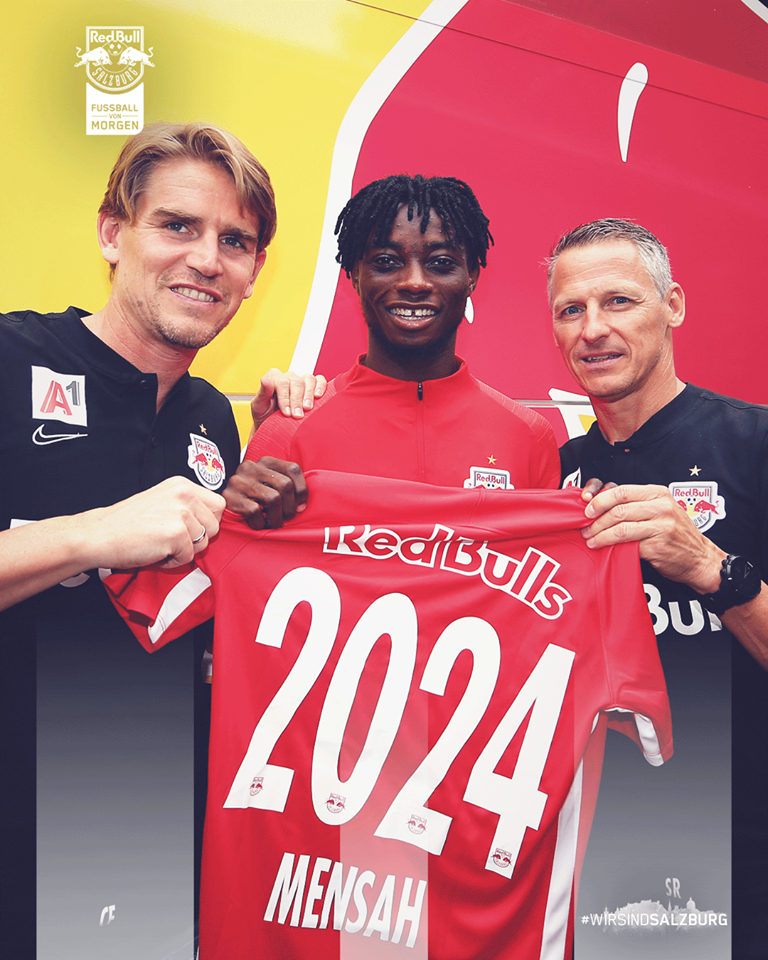 Ghana U23 defender Gideon Mesah has signed a five-year contract extension at Austrian giants Red Bull Salzburg until 31 May, 2024.

Mensah has been recalled after an explosive second half of the season with  Sturm Graz where he featured in 15 league matches in the Bundesliga.

The 20-year-old moved to Salzburg from Ghana Premier League side WAFA in the summer of 2016.

He was an integral part of team which won UEFA Youth League in the 2016/17 season.