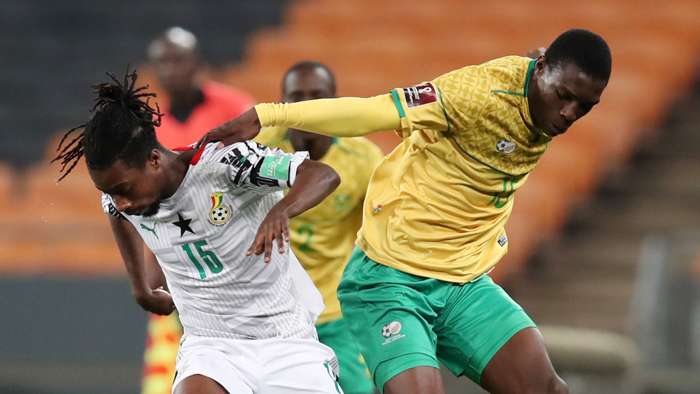 South Africa striker Bongokuhle Hlongwane says the Bafana Bafana's victory over Ghana in the 2022 World Cup qualifiers has reignited hope in the team.

Before the game, the 1996 AFCON winners had been held by Zimbabwe in Harare, leaving fans of the Bafana Bafana doubtful.

"I’m happy about the win and I’m sure it will bring hope to the country at large because there has been no hope," Hlongwane told the media as per Sowetan Live.

"People have been watching the national team, but there was nothing good happening, it was always negative stuff all the time.

"I hope the win has brought joy, but the job is not done because there are so many games remaining in the qualifiers. In those games, we have to work and use it to our advantage."