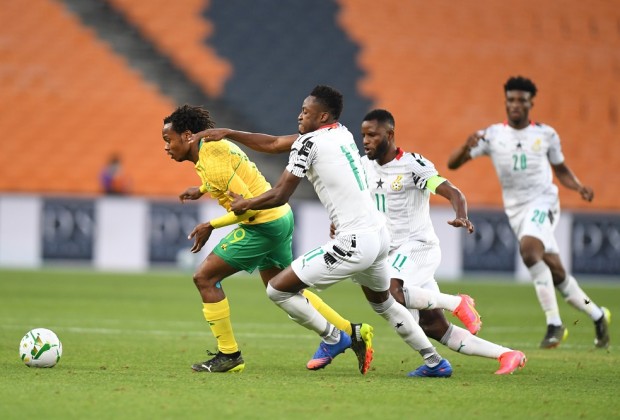 South Africa have refused to accept the result of Bafana Bafana's 1-0 loss to Ghana in the 2022 World Cup qualifiers, alleging that match officials decided the outcome of the match.

Ghana won the crucial match 1-0 at the Cape Coast Stadium with Andre Ayew scoring a penalty awarded by Senegalese referee Maguette Ndiaye after Daniel Amartey was brought down in the box.

South Africa FA say it was not a penalty, despite replays proving the referee was spot on, and have lodged a formal protest at FIFA.

"The match officials decided the game which is not what is supposed to happen so, we, as the association have decided that we will be writing to both CAF and FIFA to investigate how the game was handled and secondly to challenge some of these decisions.

"We have ticked all our boxes and will submit a full complaint which is supported by all the evidence which was there to say either that game was manipulated or the referees had done something wrong before that game. We are very disheartened by their action, and we can’t leave it and let it destroy the players.

"We feel robbed because this is not an isolated incident of a penalty but there are a lot of decisions by the match officials and that is why we said we will get an expert so that we can get a strong case. We are looking at the precedence which FIFA set by ordering us to replay Senegal and we think if justice is to be served the same decision must be taken against Ghana," says Tebogo Motlanthe, the SAFA CEO.

FIFA Disciplinary Committee are set to hear the case next week.