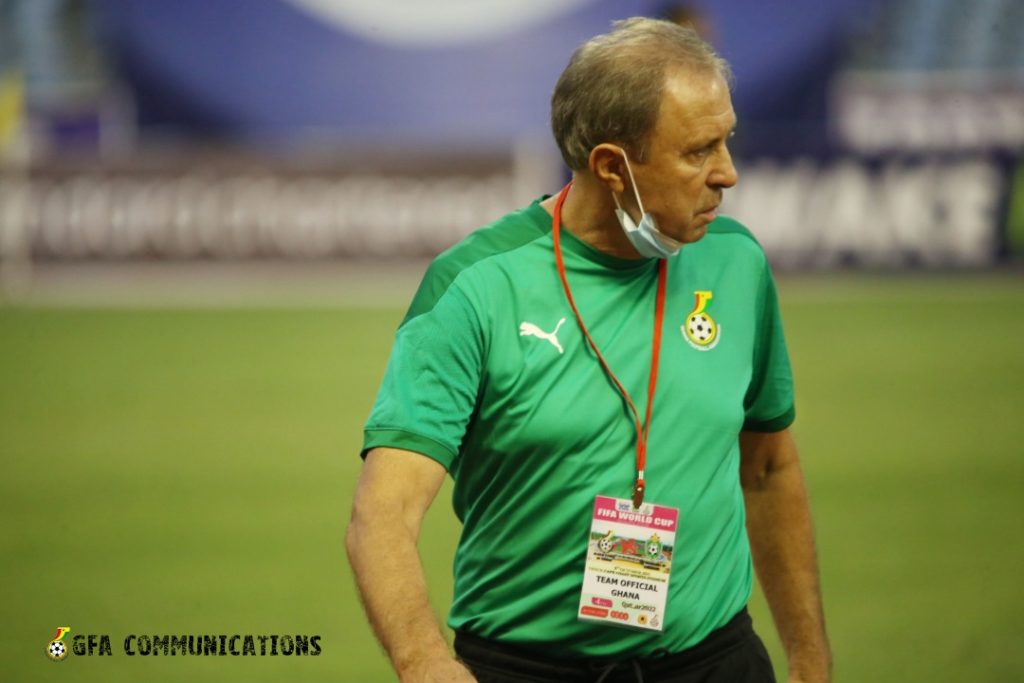 Some Ghanaian football fans have hailed Milovan Rajevac as a better tactician than Chelsea manager Thomas Tuchel following the Black Stars win over the Warriors of Zimbabwe in the 2022 FIFA World Cup qualifier.

Milovan Rajevac began his second stint as Black Stars coach with a win against the Warriors of Zimbabwe in the 2022 FIFA World Cup qualifiers at the Cape Coast Sports Stadium on Saturday.

The Black Stars secured a hard-fought 3-1 win over Zimbabwe with goals from Mohammed Kudus, Arsenal midfielder Thomas Partey and Andre Ayew to keep the chase on league leaders South Africa currently on top of the group with seven points.

Milo as popularly known by the Ghanaian fans gave the opportunity to some youngsters such as Abdul Fatawu Issahaku, Kamaldeen Sulemana and Mohammed Kudus in his starting lineup.

His brilliant substitution in the second half helped the Black Stars get back into the game to secure an important win.

Some fans after the game took to social media to praise his tactical prowess.

Well done to the Black Stars and Milo. Seen all I need to see for this game. The right tweaks were made after 🇿🇼 drew level. Changes impacted the game positively. More importantly they didn't look frazzled at key moments. I'll take that as progress. For now..

Now can we all agree that Milo is better than Chelsea’s Thomas Tuchel? Kudus to Black Stars for making the Partey nice today.

Andre Ayew always delivers in crunch moments. I’ve spent time defending why he should still be in the Black Stars despite playing in Qatar. I’m glad he’s scored.

Those who said Milo is a one goal project coach no , how far?? #BlackStars pic.twitter.com/iLrMWLZdFv

Somebro say as them add Milo to the Black Stars, the team make Akonnor. 😂😂😂😂