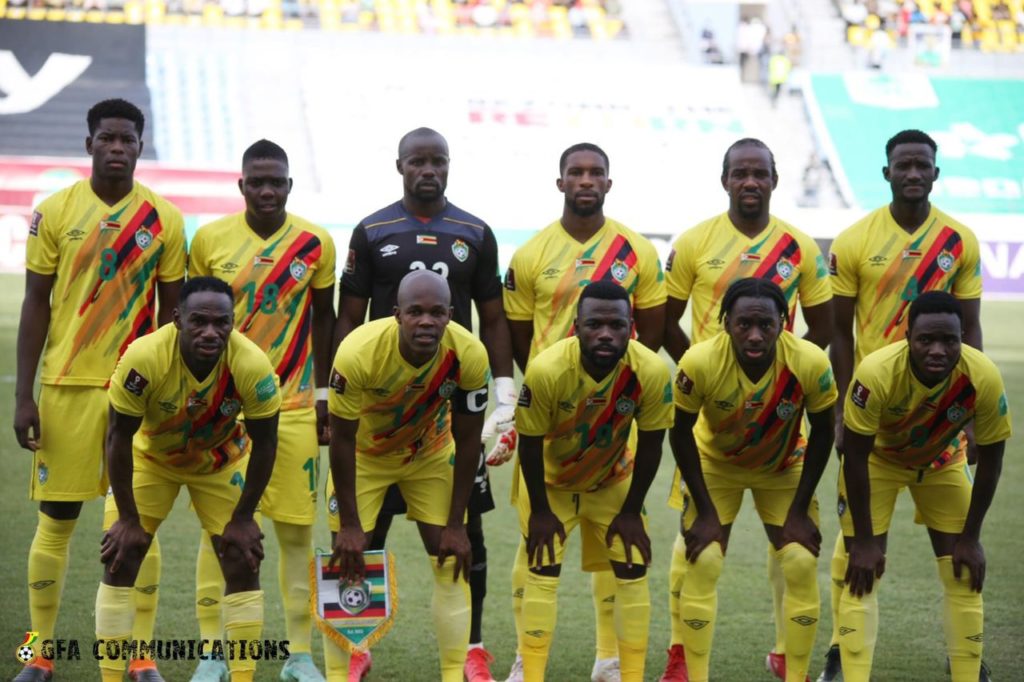 Zimbabwe lost to the Black Stars in this matchday three fixture with goals from Mohammed Kudus, Thomas Partey and  Andre Ayew.

The Warriors heading into the game had drawn against South Africa in their opening fixture in Harare before losing to Ethiopia away on matchday two.

However, Coach Norman Takanyariwa Mapeza's side got their first goal of the campaign from a penalty awarded to the team in the opening minutes of the second half.

Black Stars defender Alexander Djiku was adjudged to fouled the Zimbabwe striker in the box.

Musona was up to the challenge and fired the ball into the net to cancel Mohammed Kudus' early goal.

The Black Stars responded with two goals from Arsenal midfielder Thomas Partey and Captain Andre Ayew to win the game.

Zimbabwe is currently placed bottom on the table with one point after the first round of the game.

The Warriors host the Black Stars on Tuesday October 12 2021, in the reverse fixture.