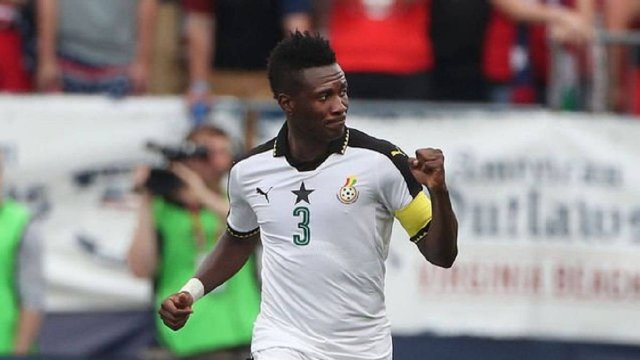 President of King Faisal Football club Alhaji Grussah says the Black Stars will not suffer from the retirement of Asamoah Gyan who brought on end to his international career on May 20, 2019 with just some few weeks to the 2019 Africa Cup of Nations.

According to the outspoken football administrator, he will blame Ghana coach Kwesi Appiah for the premature retirement of Asamoah Gyan.

"I will blame Akwasi Appiah for Asamoah Gyan's premature retirement because you have not named your squad for the tournament so why do u call him on the captaincy issue, he told Ashhfm.

Alhaji Grussah also mentioned that the Black Stars can do away with their all time top scorer because there have been players who even won trophies for the country but upon their retirement the team never retrogressed.

"There have been best players who have played for the National team and won trophies for the Nation so Asamoah Gyan can go. We won't lose anything for his exclusion.

Asamoah Gyan scored 51 goals in 106 appearances for the Black Stars of Ghana. He played in seven AFCON and three World Cups for the team.