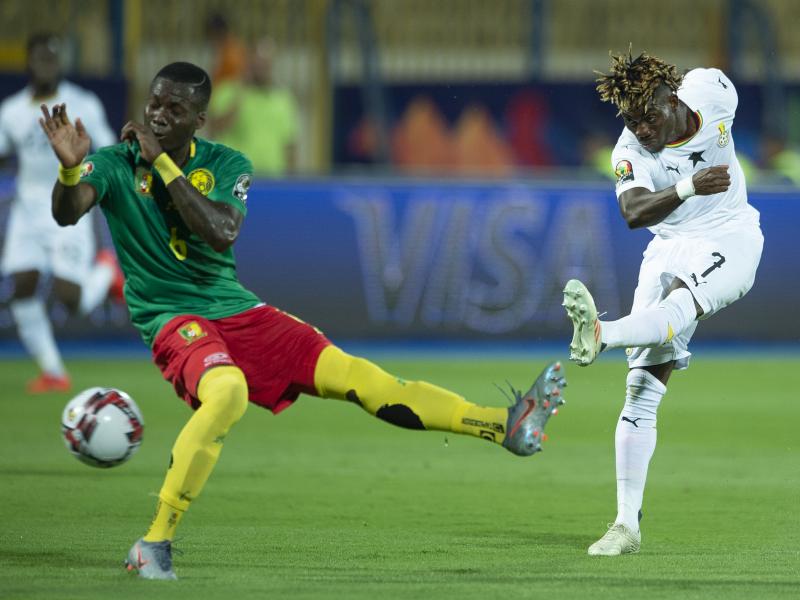 Ghana winger Christian Atsu has disclosed that he did not quit the national team but decided to stay away just to concentrate on his club career after agreeing with Black Stars coach Charles Akonnor.

The winger had struggled to break into the first team of Newcastle United which came as a huge disappointment for Ghanaian followers of the English side who were hoping Atsu would boost the club with his presence.

Knowing that they could have taken advantage of bet365 angebotscode offers for wagering on the matches of the Magpies in the Premier League, the absence of Atsu brought dampened spirits for football fans.

According to the 29-year-old, he explained his situation to Black Stars coach C.K Akonnor, who agreed with his decision as he fought for playing time with the Magpies.

"Coach came to my place in Newcastle United, I spoke with him, we made a decision and this is it," he told 3Sports.

"So it's not like I told the national team I was not going to play again, there is nothing like that.

"It's the journalist who are trying to bring up stories for Ghanaians to maybe be mad about someone or be crazy, but it doesn't matter, what's most important is family.

The winger, who is expected to light up the Saudi Arabia top-flight league, says the Black Stars players are fully committed to serving the country despite claims to the contrary by the media.

"Now, listen, we the footballers, right, it is a great honour for us to play for the national team. The way the journalist portray the image of the Black Stars in the media is very bad and this is not good for the players and also the country," Atsu said.

Atsu, who recently signed for Saudi Arabian side Al Raed, has not played for the Black Stars since 2019 as he fought for place in the starting team of the English side.

The winger's contract with Newcastle expired at the end of last season and there was no agreement between himself and the club for an extension.

Obviously, Newcastle did not want to extend the contract with Atsu who endured a difficult 2020/21 campaign.

He was not registered and had to spend time with Newcastle United U-23 team.

The 29-years old has had stints in Portugal with FC Porto and Rio Ave before Chelsea and Everton.

After consistently churning out exceptional performances in the Portuguese league for giants Porto, Chelsea came calling and Atsu penned a five-year contract with the Blues in 2013 for a reported £3.5 million.

However, he did not make a single appearance for the two-time European champions.

When he arrived, Atsu was immediately loaned to Vitesse and played subsequently featured for Everton, Bournemouth, Everton and Malaga, all on loan, before his permanent transfer to Newcastle United.