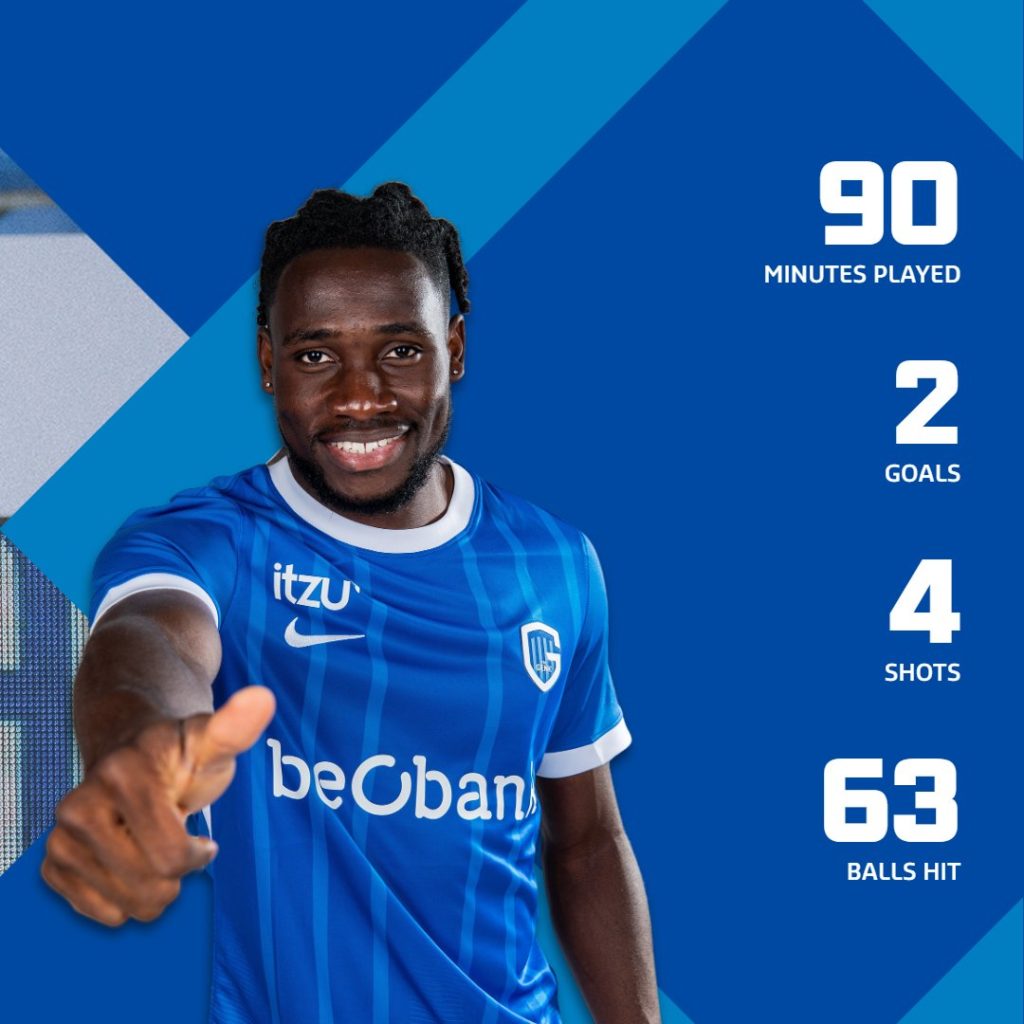 After an inspiring performance for Genk on Saturday, Joseph Paintsil received his first man of the match award of the season.

The winger scored twice as Genk defeated Eupen 4-2 in the Belgian Pro League. After three games, Genk are in second place with two wins and a defeat.

The 24-year-old scored the opening goal of the game in the third minute for Genk before adding a second six minutes later with a cool finish.

Genk fans voted overwhelmingly for the Ghanaian to be awarded man of the match. He received 746 votes, according to Genk's Twitter account.

"A brace and three big points for the weekend. We move on to the next challenge," Paintsil wrote on Twitter.

A brace & 3 big points for the weekend.We move on to the next challenge.Vamos #genkies ?#JP pic.twitter.com/P7eVBu7NsU

Paintsil has two goals and an assist after three games this season.