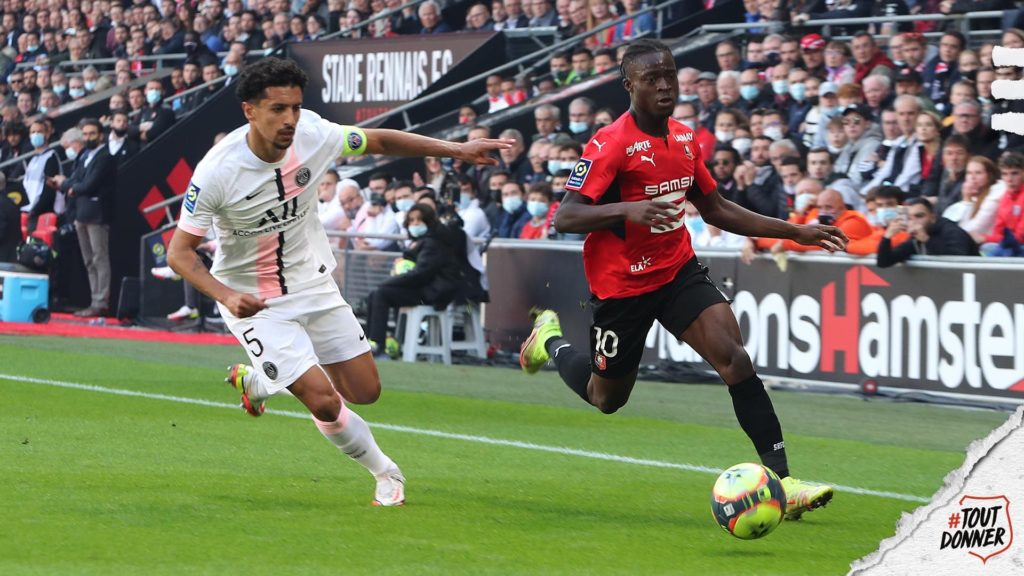 The in-demand winger could be heading to England after Newcastle United showed interest in the services of the speedster.

Kamaldeen Sulemana is also on the radar of other clubs in England, including Manchester United.

United boss Erik Ten Hag had previously tried to sign him for Ajax Amsterdam, but the 20-year-old joined Stade Rennais in France.

With four years left on his current deal at Rennais, the Red and Blacks might be tempted to sell the player, who is now worth around 35 million Euros.

Kamaldeen Sulemana showed enormous quality in Ligue 1, scoring four goals in 20 matches and was at a point the best dribbler in the league ahead of Messi and Neymar.

The former Right to Dream Academy star was a member of the Black Stars team at the Nations Cup in Cameroon early this year. He is expected to play a role for Ghana at the World Cup in Qatar later this year.