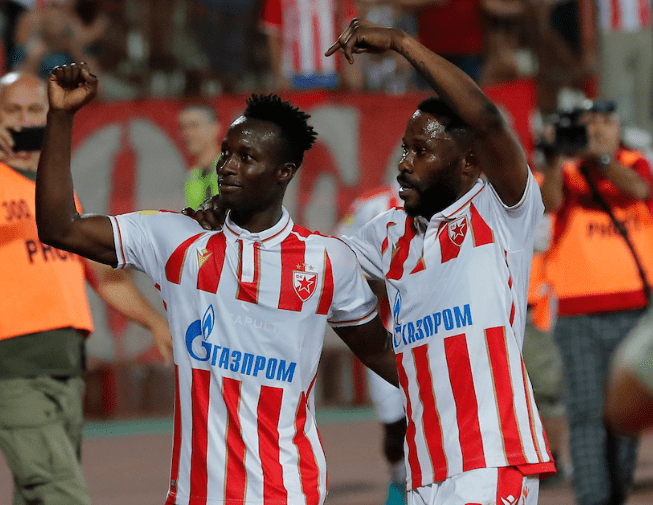 The Ghana winger scored in Red Star Belgrade 5-0 win against Pjunik in the first leg of the third qualifying round of the UEFA Champions League.

The big win automatically makes the second leg a mere formality as the Serbian champions will take a spot in the Champions League playoffs which also guarantees them a place in the group stage of the Europa League.

Placement in the play-off phase of the Champions League brings 5 ​​million euros.

Red Star have secured the group stage of the Europa League after reaching the playoff which the club will earn an additional 3.6 million euros.

Finally, based on the coefficient, Zvezda expects a bonus of around 2.5 million euros.

Osman Bukari has been in fine form since joining the club from Beligan side Gent in the ongoing transfer window.

The 23-year-old already has two goals in four appearances in the League.