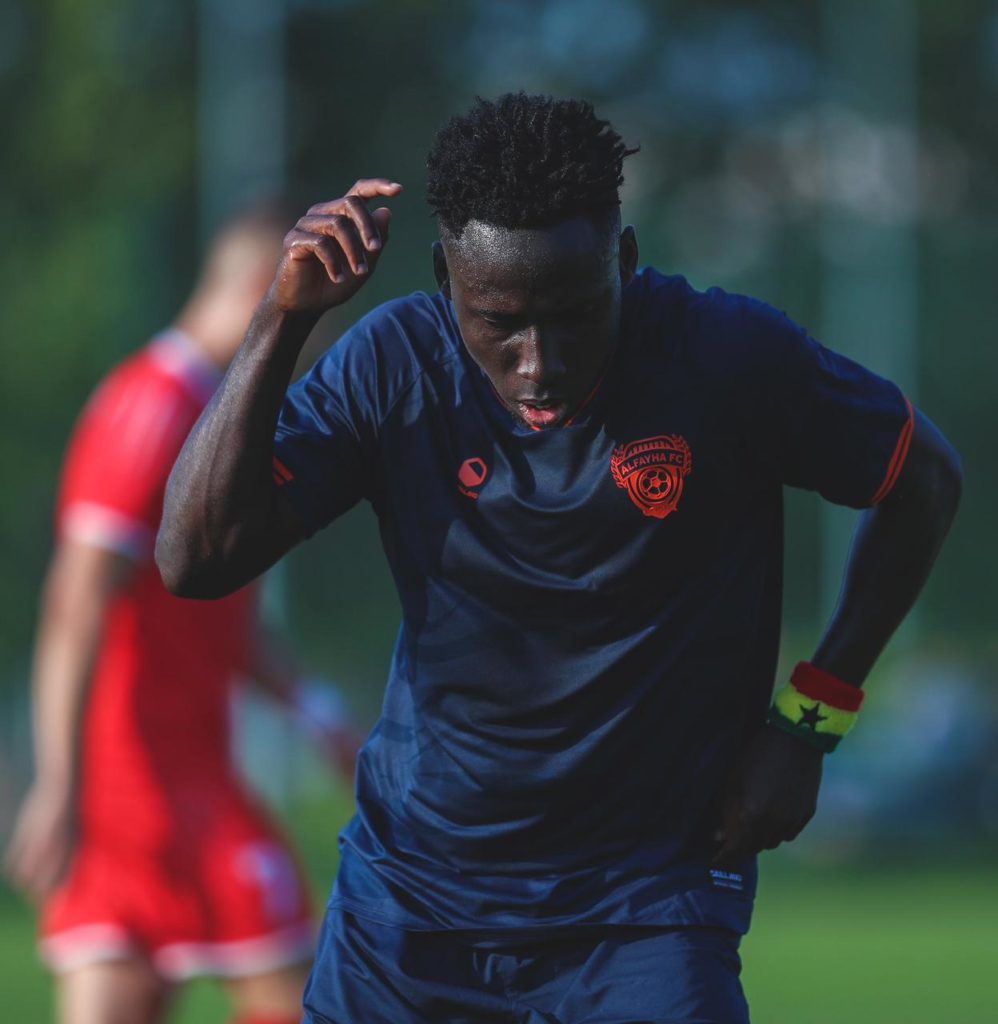 Ghana international winger Samuel Owusu struck the back of the net twice on Saturday as Al Fayha FC cruise to victory in a pre-season friendly.

Two first half goals from Owusu ensured Al Fayha beat IMT Novi Beograd as they continue preparations for the 2021/2022 season.

The 25-year-old Black Stars forward has now scored four goals in the last two matches during this pre-season period.

Owusu opened the scoring of the match to put the newly-promoted Saudi Pro League side ahead in the 26th minute.

He scored again three minutes later to complete the victory for Al Fayha.