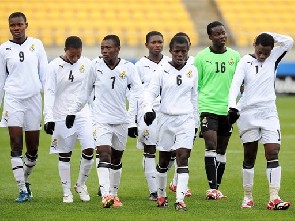 Ghana's womens U-20 and U-17 teams will resume camping on Thursday at the Ghanaman Soccer School of Excellence in Prampram.

Both the Black Princesses and Black Maidens have been training in Prampram ahead of their World Cup campaigns in Japan and Azerbaijan respectively.

The teams preparations were however interrupted when they were sent home last week for lack of financial resources to accommodate their feeding in the absence of government's support.

The problem however appears to have been solved following the pledge of Bechem United President Kingsley Owusu Achiaw to provide the needed funds for both teams to resume camping.

All the players and members of the technical team have thus been recalled and are expected to report to camp by 11am on Thursday to resume their preparations.

The news comes as a great relief to Ghana football fans who fears the forced break in the teams preparations might hurt their chances at their respective World Cup assignments.

The tournament starts for the Black Princesses from 19 August to 8 SeptemberÂ while the Maidens' also commence their campaign at the mundialÂ from 22 September to 13 October.