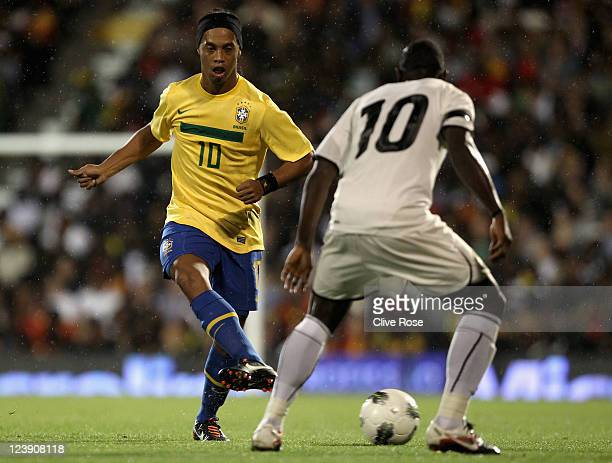 LONDON, ENGLAND - SEPTEMBER 05: Ronaldinho of Brazil in action during the International friendly match between Brazil and Ghana at Craven Cottage on September 5, 2011 in London, England. (Photo by Clive Rose/Getty Images)
Share

Four times African champions, Ghana, are set to renew their rivalry with Brazil on Friday in Le Havre, France.

The two traditional football powerhouses will test their strength against each other as part of preparations ahead of the World Cup in Qatar in November.

Although, Ghana and Brazil have met each other several times at different levels, the Africans are yet to secure a win against the Selacaos.

Brazil led by Ronaldo and Ronaldinho thumped Ghana 3-0 at the round of 16 at the 2006 World Cup.

A few years later, the two teams met in Watford, where Brazil again defeated Ghana by a lone goal in an international friendly.

All four games have gone in favour of Brazil.