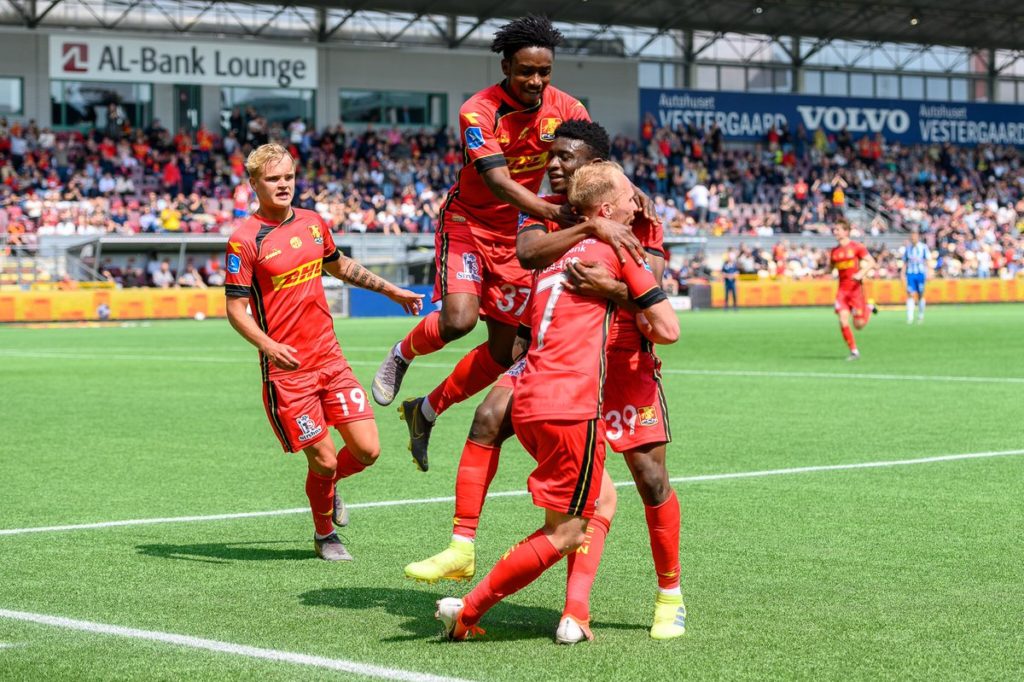 Ghana U-20 winger Ibrahim Sadiq has expressed delight in scoring his first senior goal for Danish side FC Nordsjælland in their victory over giants FC Copenhagen.

The Right to Dream Academy graduate climbed off the bench to score in injury time to seal a 3-1 victory for the Wild Tigers at the Telia Parken.

Compatriot Mohammed Kudus had opened the scoring just at the stroke of half time before Robert Skov leveled for the home side.

Andreas Skov Olsen scored in the 72nd minute to put Nordsjælland in the lead before Ibrahim Sadiq, who replaced the Danish attacker confirmed victory with a sublime finish.

"I am very happy to have scored," Sadiq said after the game. "We played as a team and it was great to come in and participate. It was a perfect ball I got from Dams (Mikkel Damgaard), and I had to score it," he added.