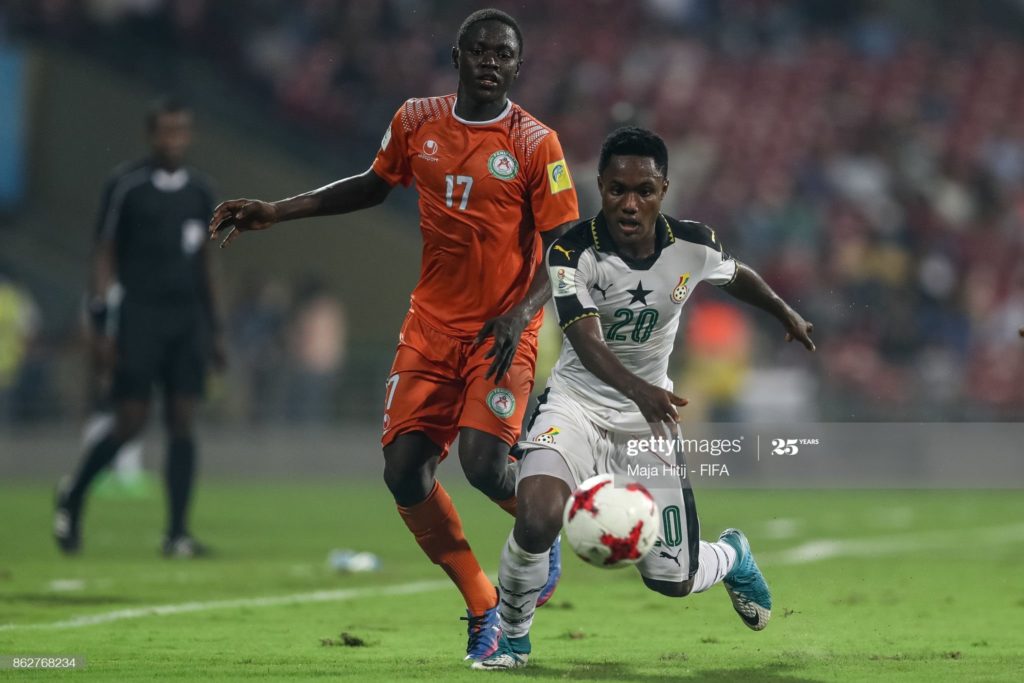 Ghanaian youngster Isaac Gyamfi has completed a move to Albanian giants KF Tirana on a three-year deal, GHANAsoccernet.com can confirm.

The teenager has signed for Albanian champions from Ghana Premier League outfit Great Olympics for an undisclosed fee.

Gyamfi was instrumental for the Olympics in the 2019/2020 campaign of the Ghanaian top-flight as he made 9 appearances and provided one assist.

The 19-year-old part of the Ghana squad at the 2017 FIFA U17 World Cup in India where the Black Starlets reached the second round.

Gyamfi becomes the third Ghanaian player to sign for Tirana this summer after Ibrahim Sulley and Derrick Sasraku.

The trio join Winful Cobbinah who had an outstanding campaign with Tirana last season having won the Albanian league to secure a place in the UEFA Champions League qualifications.