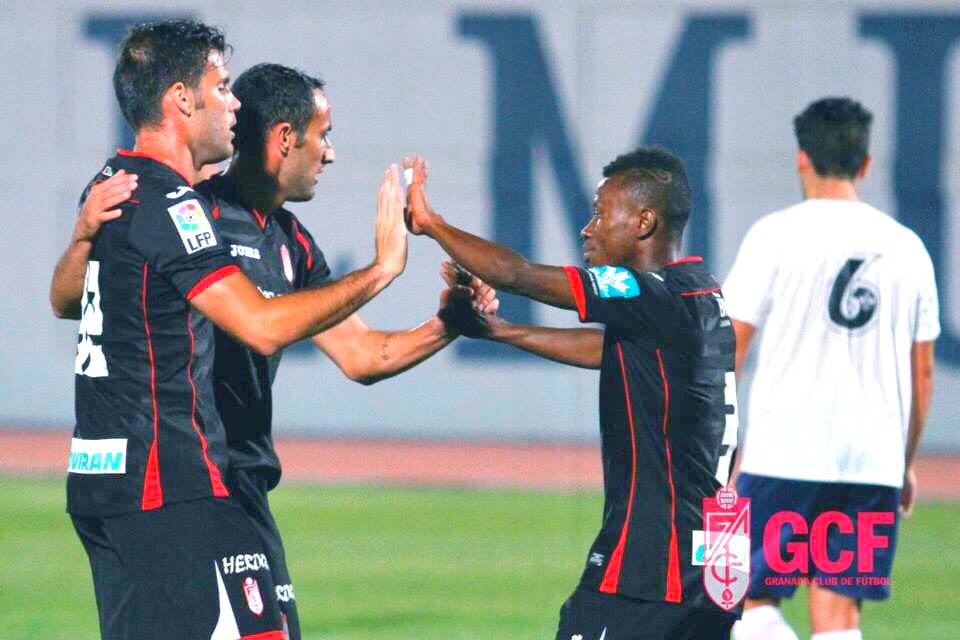 After what was obviously a forgettable first season for former FIFA U20 Bronze Ball winner, gifted Ghana midfielder Clifford Aboagye has geared off the pre-season with Granada CF in an impressive fashion after scoring in their 8-0 romping on Saturday.Â

The 19-year-old put his name on the score-sheet in the 63rd minute, making it 5-0 for the Spanish La Liga side who battered their lower-tier opponents,Â AD AlmuÃ±Ã©car 77.

The 2013 Ghana U20 steamroller who is still a member of Sellas Tetteh's current squad employed his extraordinary skill and artistry to create space for himself in the vital area before burying the to the far right corner, beating theÂ AD AlmuÃ±Ã©car 77 goalkeeper completely to it.

Saturday's goal will come as good news for the youngster, a former Inter Allies player, who failed to make a single first team appearance at theÂ Estadio Nuevo Los CÃ¡rmenes.

"I always have a reason to thank God. Pre-season first match first goal for the first team #alhamdulillah for his blessing," he posted on his Facebook wall.