Ghanaian talented star Osman Bukari has been named in the Slovakia Team of the Week for the sixth time this season showing his immense impact this season.

The winger, who is making waves in the European country's top league, was named thanks to his performance for Trencin in their 1-1 away draw against Nitra.

The 21-year-old was hugely instrumental as they rallied from a goal down to hold the home side in the Fortuna Liga match.

Bukari was a handful for defenders of the home side with his foray into the opponent's area preventing them from making their usual attacks from the wings.

His performance has gone unnoticed as organisers of the league named him among the best players for the weekend's matches making it the sixth time has been been named among the best 11 players this season. 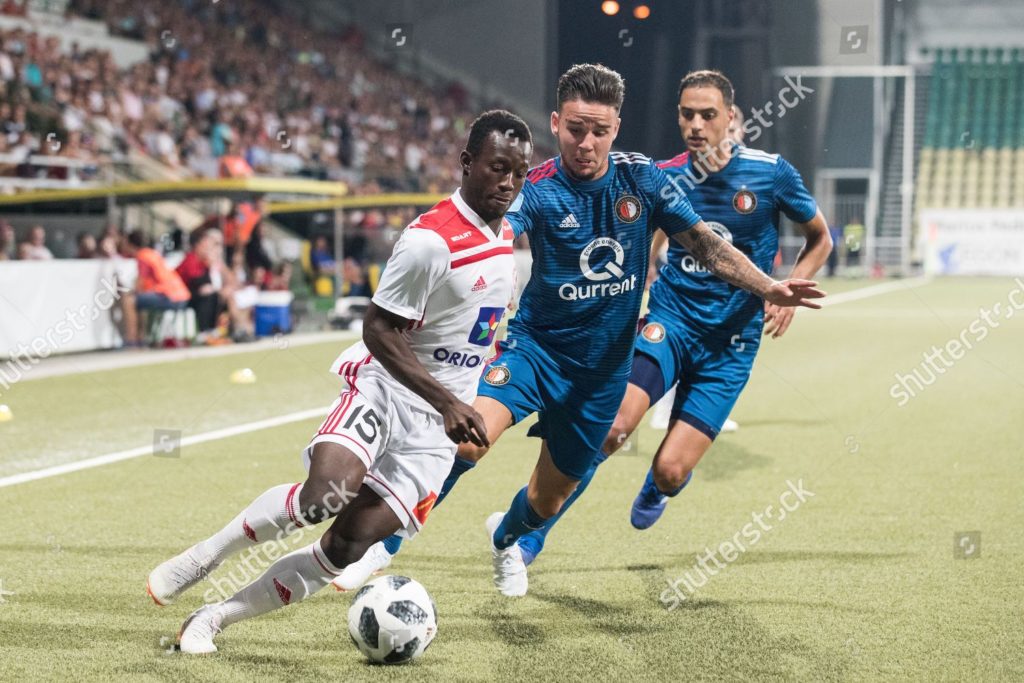 Osman Bukari (L) of AS Trencin in action
The former Accra Lions midfielder is the player to have been named the highest number of times in the Team of the Week which means he is heading towards being named Player of the Season.

The Ghana U23 international speedy winger has been the standout performer for Trencin this season that has helped the club to be eighth on the league table.

His performances has also been noticed by opposing clubs in the Fortuna Liga who now make it a point to put a marker on him when they play their matches against Trencin.