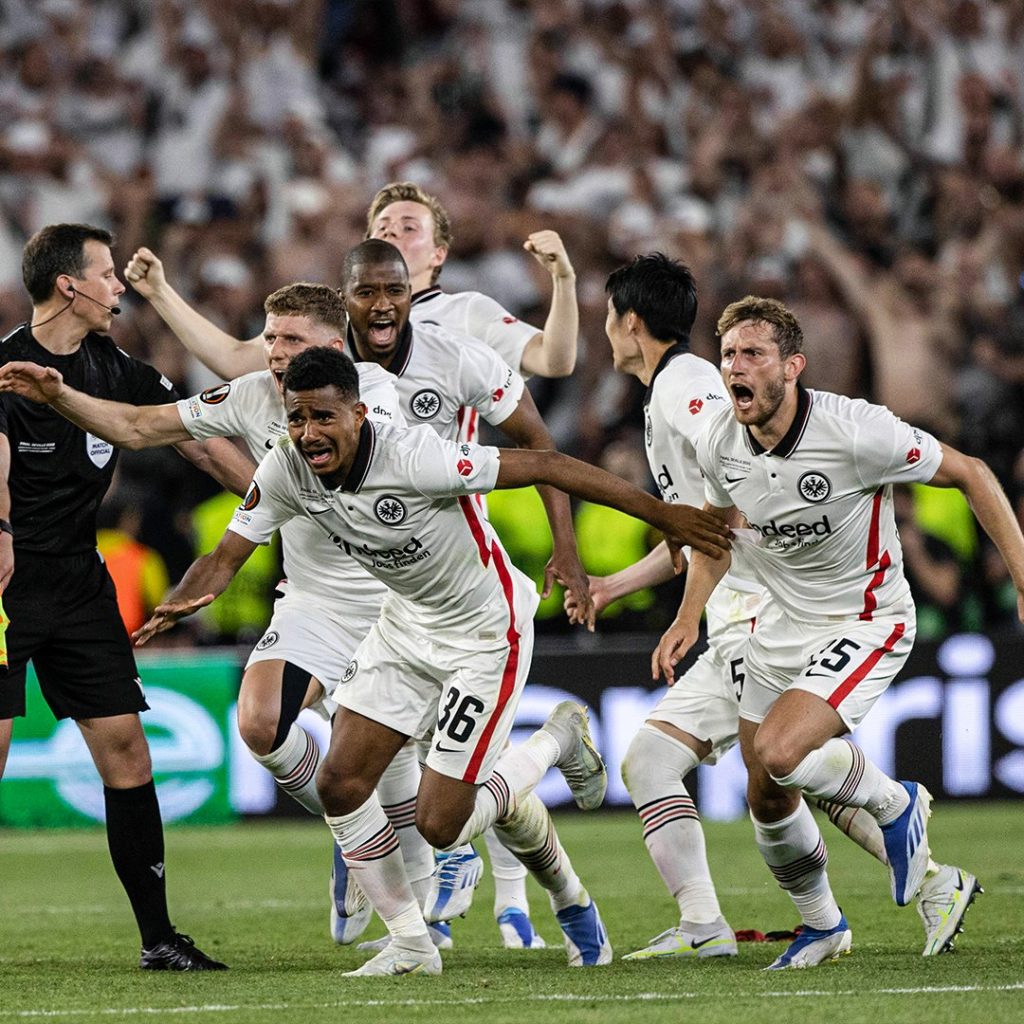 The German club's incredible run in the competition culminated in them lifting the trophy at the expense of Scottish side Rangers.

Rangers thought they would win the final in Seville when Nigerian midfielder Joe Aribo broke the deadlock in the 57th minute.

But Borre equalised for Frankfurt in the 69th minute.

Both teams were unable to find the winning goal as the game went into extra time, which also failed to produce a winner, resulting in a penalty shootout.

Frankfurt won the final by converting all five penalties to Rangers' four. Aaron Ramsey, a former Arsenal and Juventus midfielder, was the villain as his penalty was saved.

Knauff was a standout for Frankfurt on the right side of the attack. With his speed and directness, he tormented Rangers' defence on several occasions.

The winger, on loan from Dortmund, came close to scoring in the pulsating final.

Knauff will certainly be excited with the way the season has ended for him. He started the campaign unsure of minutes at Dortmund, forcing the club to send him out on loan for two seasons in January.

Fortunately for him, his loan spell has been a success so far, and if he remains with Frankfurt, he will play in the Champions League next season.