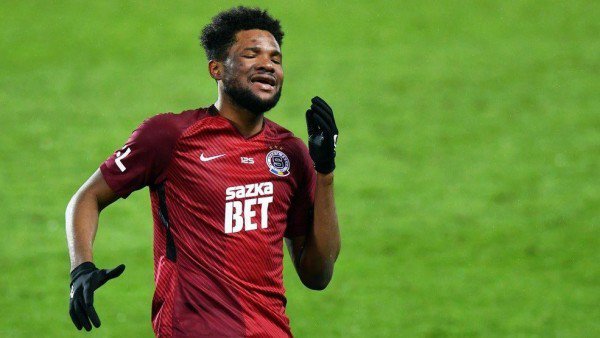 Ghanaian striker Benjamin Tetteh has expressed his dissatisfaction of his performance for Sparta Prague of the 2019/2020 season.

The 23-year-old admits he is unhappy with contribution to the club as he lacked concentration most times in the course of the season.

Tetteh believes he could have been stronger mentally to overcome the predicaments as he regrets his lack of involvement.

"Personally, I could have done a lot better. I'm not happy with my season, but very happy for the team with our victory in the national cup. I regret my lack of involvement and concentration at times. I should have been stronger mentally," he told www.90min.com

The former Ghana U20 striker made 33 appearances in the Czech Republic top-flight this campaign having netted 7 goals and provided four assists.