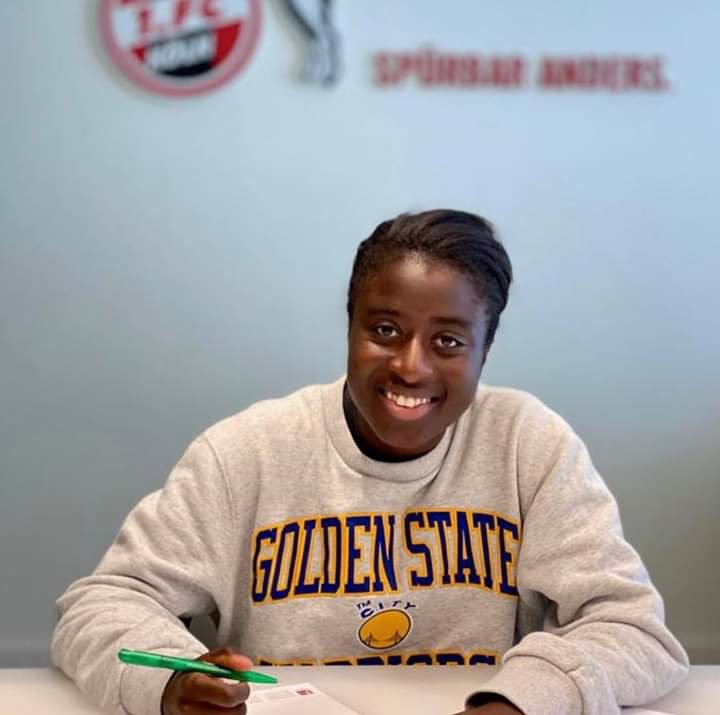 Ghanaian-born German footballer Eunice Nketia Beckmann has extended her contract with FC Köln for two years, the club have announced.

"Glad you are staying with us, The FC striker has extended her contract for two years,"

The 27-year-old attacker joined Köln last year from Spanish side Madrid CFF where she spent just one season.

Beckmann took to her Instagram page to express her excitement for the contract extension.

"I’m happy to announce that I have extended my contract with FC Köln.

"I feel very comfortable here, so there was no question that I would stay loyal to the club. Cant wait for us to start the new season," she wrote.

Beckman who is born to Ghanaian parents has previously played for Bayern Munich, Bayern Leverkusen and Duisburg.

She has also played Linköpings, FC Basel and Boston Breakers.