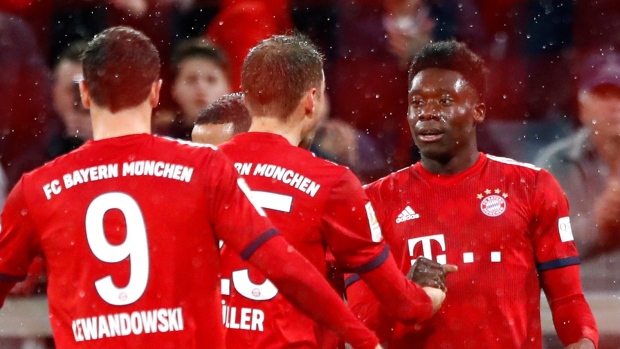 The Ghanaian born Canadian suffered the injury in Bayern Munich's 6-0 thrashing of Mainz O5 last Sunday, a game he scored his debut goal becoming the first player born in the millennia to score for the German giants.

While calling it a "slight ligament problem," Bayern says Davies has "been ordered to rest for a few days by the club's medical department, meaning the attacker will miss Canada's upcoming match against French Guiana on 24 March in Vancouver."

Meanwhile, Canada will also be without captain Scott Arfield (calf) and veteran midfielder Will Johnson (concussion) for the CONCACAF Nations League game at BC Place Stadium.

The 18-year old joined Bayern Munich last summer from Vancouver Whitecaps but had to wait until winter to make his move official.