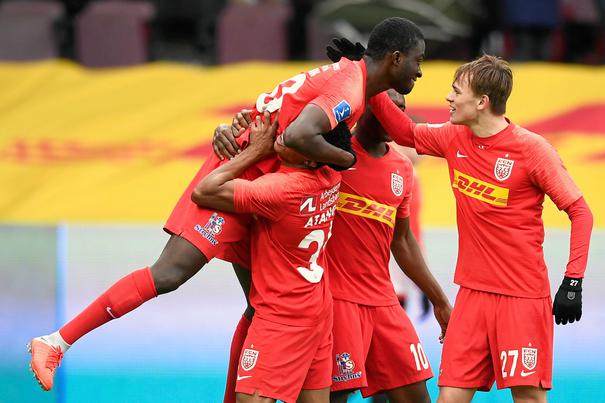 Abdul Mumin scored his first goal over the weekend

Ghanaian defender Abdul Mumin has revealed holding talks with his club Nordsjælland over a new contract.

The 21-year-old's current deal with the Danish giants is set to expire this summer with a host of clubs monitoring his situation.

"I have a dialogue with the club, but I open the possibilities. Right now, I'm still fully committed to the team, and I hope my game shows, too, so it's not just words. But right now I'm just focusing on the league," says Abdul Mumin to Frederiksborg County newspaper.

"This is a good environment to develop in, and I am still growing. I hope to develop even more and know that I have good people around me."

"I don't know what will happen this summer. I focus on the positive. And my dialogue with Nordsjælland is positive. So this is also an option."

Mumin was promoted to the first team of the Danish top-flight side for the 2017-18 season before his loan move to HB Koge.

Following Andreas Skovgaard’s move from Farum, the Ghanaian was restored to Nordsjaelland’s squad.

This season he has played 18 matches in the Danish top-flight.