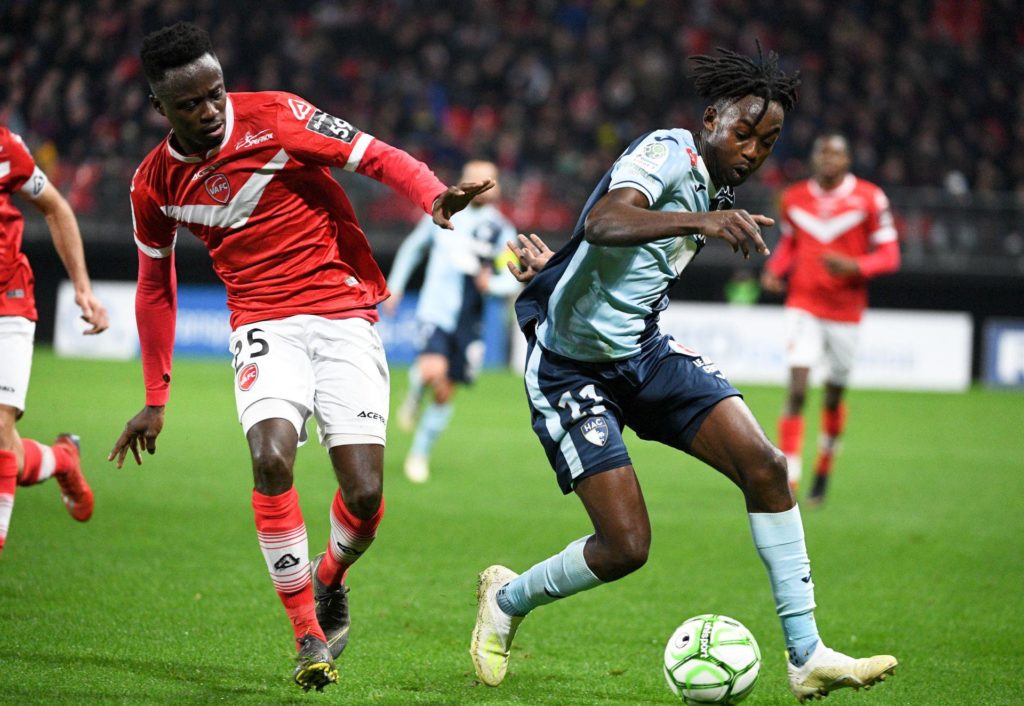 Former Ghana youth defender Emmanuel Ntim has disclosed that France was not his number one option when he was making his journey to start a career in Europe.

According to the Valenciennes defender, he was interested in a move to Sweden and Norway, where he had offers Helsingborg and other clubs.

However, he was convinced to move to France by his agent even though language was a big barrier for him.

"Basically, there were teams in Sweden and Norway on me. I wanted to go there because they speak English. In Ghana, we all speak English. Except that the agent told me to go to Valenciennes when I had prepared to go to Helsingborg in Sweden," he told beIN Sports.

"But why in France? I do not speak French!," he added.

"I was not happy, I do not want to go to the base, but I had no choice. I came to France. When I got to the airport, they only spoke French. The person who was to pick me up was late. I had to call someone.

"In my head, I said to myself: " I actually changed the world ." I was sad. But I wanted to play football so I had to move on.

"It was a test in February-March 2014. Basically, I thought I was going to sign directly. I was told: " Valenciennes needs you ".

"If I had known that it was a test, I would have gone directly to Sweden… I was not happy so I went to training. The reserve coach, Frédéric Zago, was fine but I didn't want to stay so I was doing a bit of anything, I was late and everything. Except that when I'm in the field, I can't pretend."

"I went back to Ghana on vacation in May-June. Then my agent told me that Valenciennes wanted to sign me. I thought," he concluded.

Ntim has been in red hot form for Valenciennes this season attracting interest from Ligue 1 sides Boordeaux and Montepellier.