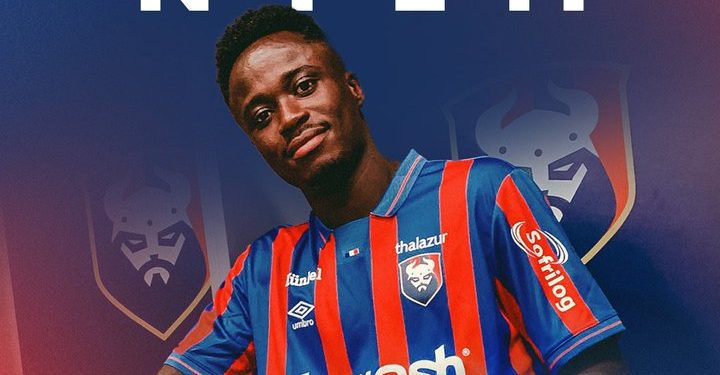 The 25-year-old centre-back sealed the switch on Thursday on a free transfer after leaving Valenciennes following the expiration of his contract.

He signed a three-year contract for his new club keeping until June 2025 after passing his medical examination.

Ntim was instrumental for Valenciennes in the French second-tier last season after making 36 appearances and scoring twice.

The former Ghana U17 and U20 player joined Valenciennes U19 in July 2014 from Right to Dream Academy where he spent just a season before being promoted to the reserves.

Ntim gained promotion to the Valenciennes first team July 2016 after a successful one term with the reserve side. He enjoyed loan spells at FC Chambly and Trelissac FC in the 2017-18 and 2018-19 seasons.