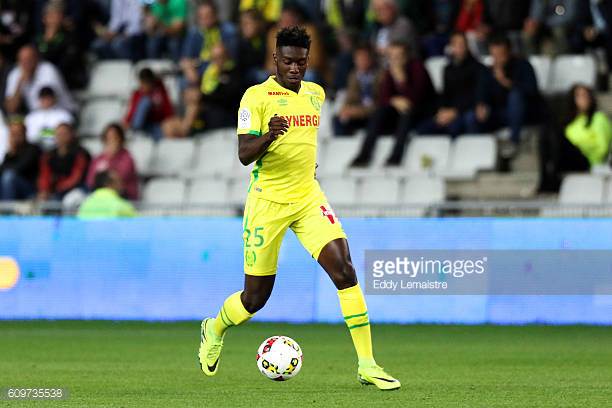 The FC Nantes defender's contract will be expiring in the summer and will leave in June for free after seven years at the Stade de la Beaujoire.

The 22-year old defender is reported to have already agreed a deal in principle with Bordeaux and is expected to pen a four year deal with the club.

Despite being frustrated during the campaign at Nantes, Kwateng has played 31 times in all competitions for the Canaries.

The former FC Mantes player is also attracting interest from clubs in Germany and in England but according to reports the youngster feels comfortable in France, where his family is close to him.