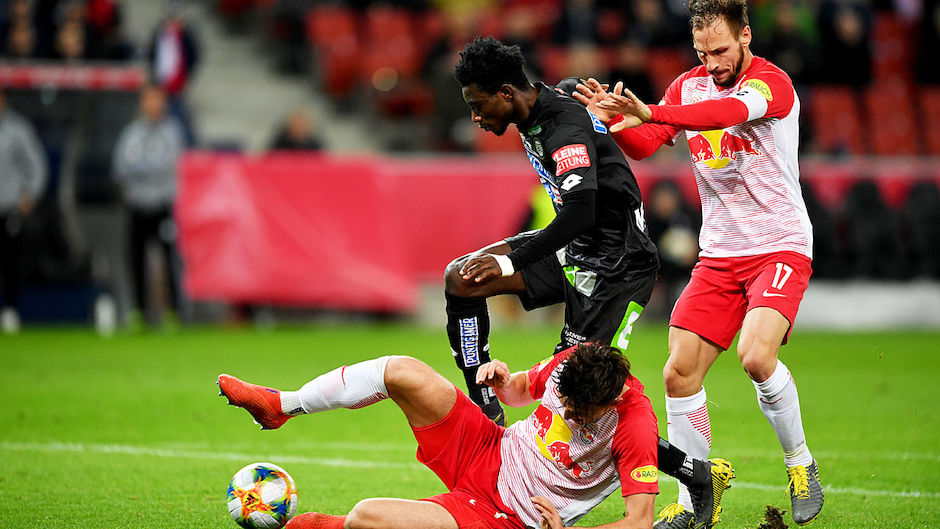 Ghanaian youngster Gideon Mensah will make a decision over his future in the summer as his loan deal with Austrian side Sturm Graz nears an end.

The left back was in action over the weekend against his parent club, Red Bull Salzburg, as Sturm Graz suffered a 2-1 defeat at home.

The decision surrounding his future remains uncertain but Mensah insists Red Bull Salzburg will determine where he plays next season.

"At the moment I do not know how it will continue in the summer," he said after the game.

"It's going on between Salzburg and Sturm. Red Bull has to decide. If Red Bull says yes, it'll be okay for me and I'll go back If they say I should stay here.

Mensah has been outstanding for Sturm Graz since joining in January, playing 12 games.