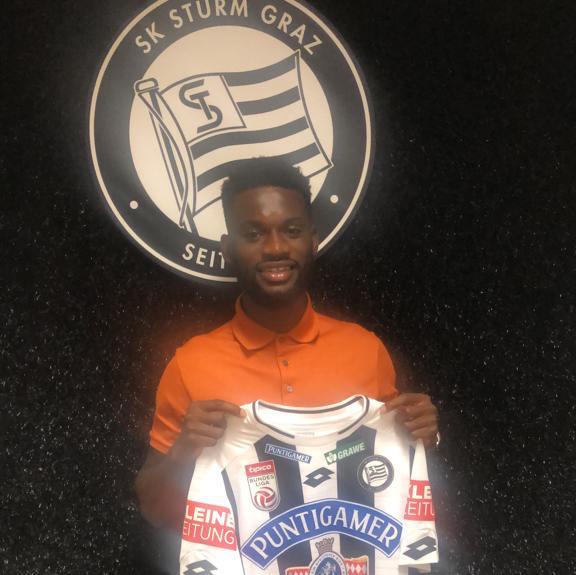 Ghanaian defender Isaac Donkor marked his debut for Stum Graz in their 1-1 stalemate against Salzburg over the weekend.

The 24-year-old took the place of  Thomas Schrammel and impressed in his first bow.

The Ghanaian joined the side from Romanian side Universitatea Craiova where he spent just one season after making 27 appearances in the Liga I.

Donkor, who was born in Kumasi, honed his talent at Inter Milan where he was a key figure for the youth side.

He managed to make his Serie A debut in the 2014/2015 season but after that had to be loaned out for more first team experience.

At Cesena he tallied 38 games in two season and before that he featured 20 times for Bari and had seven appearances with US Avellino 1912.