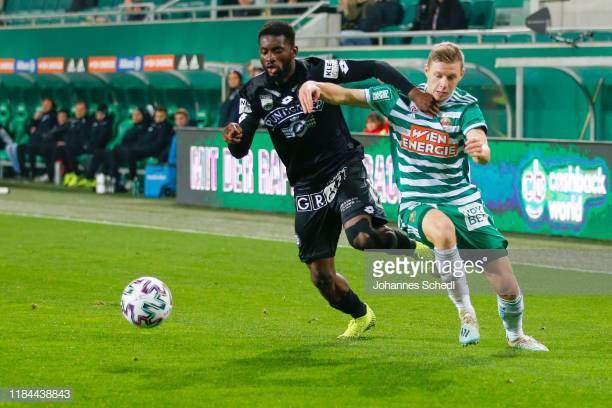 Ghanaian defender Isaac Donkor's chances of securing a new contract at Austrian side Sturm Graz are bleak following reports of the club have slashed their transfer budget by 25 per cent.

The 25 per cent reduction affects the club’s chances of offering Donkor a new contract.

His short-term contract expired on June 30, with the reports indicating the club wanted to offer him a new deal.

Donkor joined the club in September from Universitatea Craiova in Romania and put up assured performances in the 14 games he played in the second half of the season.

He contributed to the side’s respectable sixth-place finish in the league.

Donkor, who was born in Kumasi, honed his talent at Inter Milan where he was a key figure for the youth side.

He managed to make his Serie A debut in the 2014/2015 season but after that had to be loaned out for more first-team experience.

At Cesena, he tallied 38 games in two season and before that he featured 20 times for Bari and had seven appearances with US Avellino 1912.

He returned to Inter on loan from Cesena in 2017 before he made a free transfer to CS Universitatea Craiova two years later.